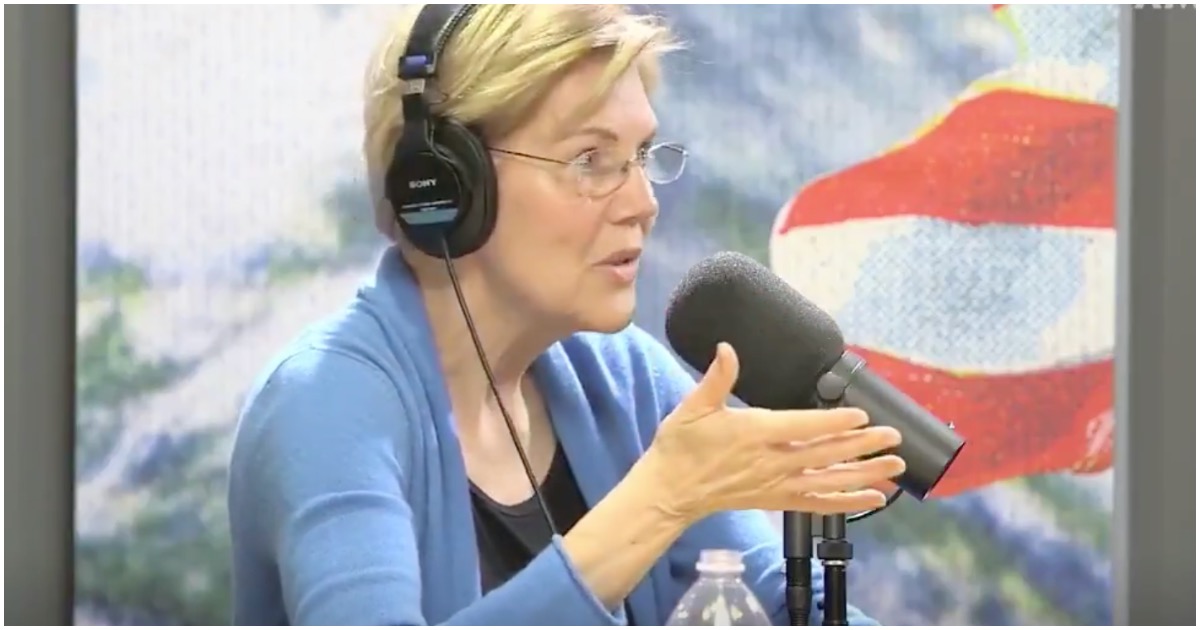 Israel is not only America’s biggest ally in the Middle East but one of her largest allies in the world.

Democrats either don’t understand that, or they don’t care.

In an excerpt from an interview he conducted with Massachusetts senator and presidential candidate Elizabeth Warren, Pod Save America host Tommy Vietor and Warren engaged in sniping at Israeli Prime Minister Benjamin Netanyahu and President Trump, mocking them for the obvious friendship the two men share.

Vietor prompted the nastiness by asking, “When I look at Israel, I look at Bibi Netanyahu putting up campaign signs that feature big photos of him and President Trump. This weekend, he released a TV ad attacking his opponent, Benny Gantz, accusing him of colluding with Obama behind his back, and it had this like, grainy, darkened image of Obama, and I’m just wondering does it worry you that such a close ally has fully aligned with one political party, the Republican Party?”

Warren responded, “Yes, that’s what I was talking about, the difference between the administrations. Yes, and honestly, I don’t think this is good for Israel. I mean, I think this is terrible for Israel and that that’s the direction he’s going. Of course, also remember, he’s under investigation, others in his administration, in his family —“

Vietor: “Are we talking about Netanyahu or Trump?”

Warren: “Oh, I’m sorry, which one were we talking about? Yeah, sentence applies in both places, doesn’t it? But I think that is part of the point; Trump is not forever and neither is Netanyahu.”

"Does it worry you that such a close ally has fully aligned themselves with one party, the Republican party?" — @TVietor08 asks @ewarren about Israel.

Warren, the Senator whom President Trump refers to as “Pocahontas,” might want to end her 2020 presidential bid ASAP.

Not only is she an incredible long-shot to win the Democrat nomination, but her “Indian heritage” keeps coming back to haunt her in disastrous ways.

For example, Warren said she never used her Native American background to get ahead in life.

“Warren filled out the card by hand in neat blue ink and signed it,” The Washington Post reported. “Dated April 1986, it is the first document to surface showing Warren making the claim in her own handwriting. Her office didn’t dispute its authenticity.”

The Post notes that this latest revelation is likely to cause problems for Warren because Democrats “want a nominee who can move beyond any problems in their past and present a strong challenge to President Trump.”

“The Texas bar registration card is significant, among other reasons, because it removes any doubt that Warren directly claimed the identity,” the Post added. “In other instances, Warren has declined to say whether she or an assistant filled out forms.”