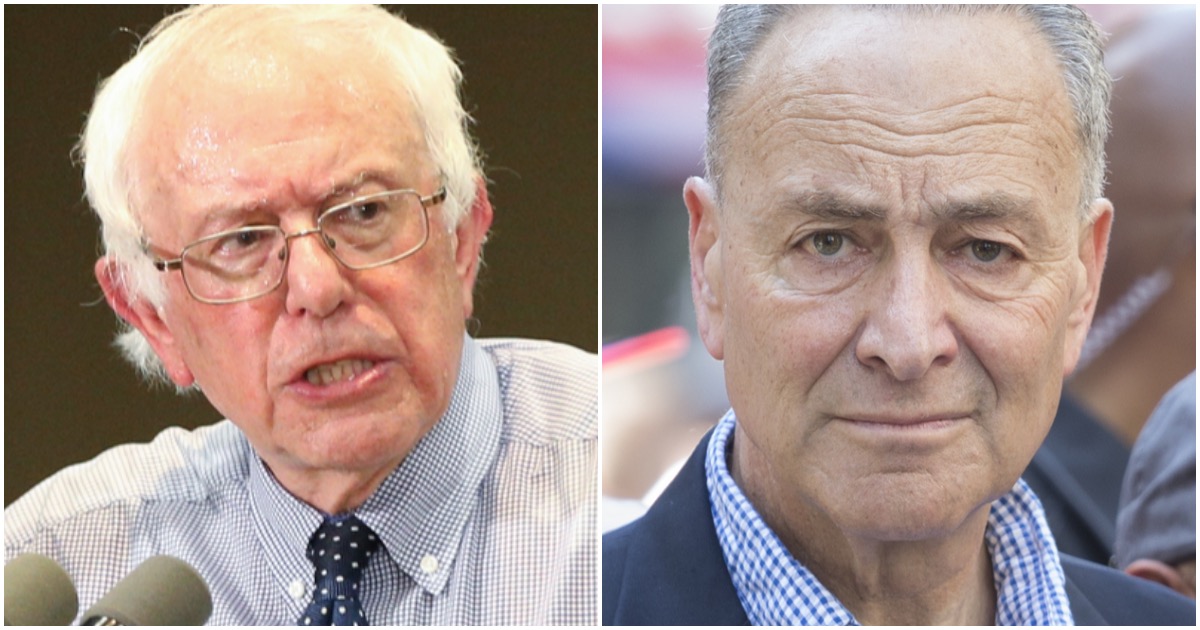 That could not be more evident in light of a new report claiming the pair have a plan to kill the booming stock market.

When a company repurchases shares, their value rises, and employees benefit. The senators think something is wrong with that.

Senators Chuck Schumer of New York and Bernie Sanders of Vermont want to penalize “self-indulgent” corporations that buy back their own stock. In a recent article in the New York Times, they argued that when companies repurchase shares, not only do the vast majority of Americans not benefit, but income inequality is exacerbated since only wealthy shareholders and corporate management profit.

Despite decades of extraordinary success that the United States has enjoyed and that we enjoy today, Schumer and Sanders believe that something sinister is taking place in the corporate world. They call buybacks a form of “corporate self-indulgence.” Why? Because […]

[…] corporate boardrooms have become obsessed with maximizing only shareholder earnings to the detriment of workers and the long-term strength of their companies. . . . Companies, rather than investing in ways to make their businesses more resilient or their workers more productive, have been dedicating ever larger shares of their profits to dividends and corporate repurchases.

Sanders has a trippy past that involves being a hippie and praising the communist ways of the USSR.

Democrats can’t be too happy to learn that Trump is polling well against their nominees for 2020. In fact, it would appear Trump’s only true challenger might be former Vice President Joe Biden.

They can’t take it when their side gets called out.

i can’t even tell anymore??

After 2016 I don’t even know why I’m surprised by any of this anymore.

oh my god how are you so bad at this

CANNOT believe that the first fact check I saw tonight was on SHUMER! And on a fact he genuinely got right! Food stamps, national parks, native Americans- easily millions, beyond the federal employees.

The New York Times does not understand that the federal government serves a number of functions other than paying federal workers. When millions of Americans read the Times, there is a multiplier effect of ignorance.