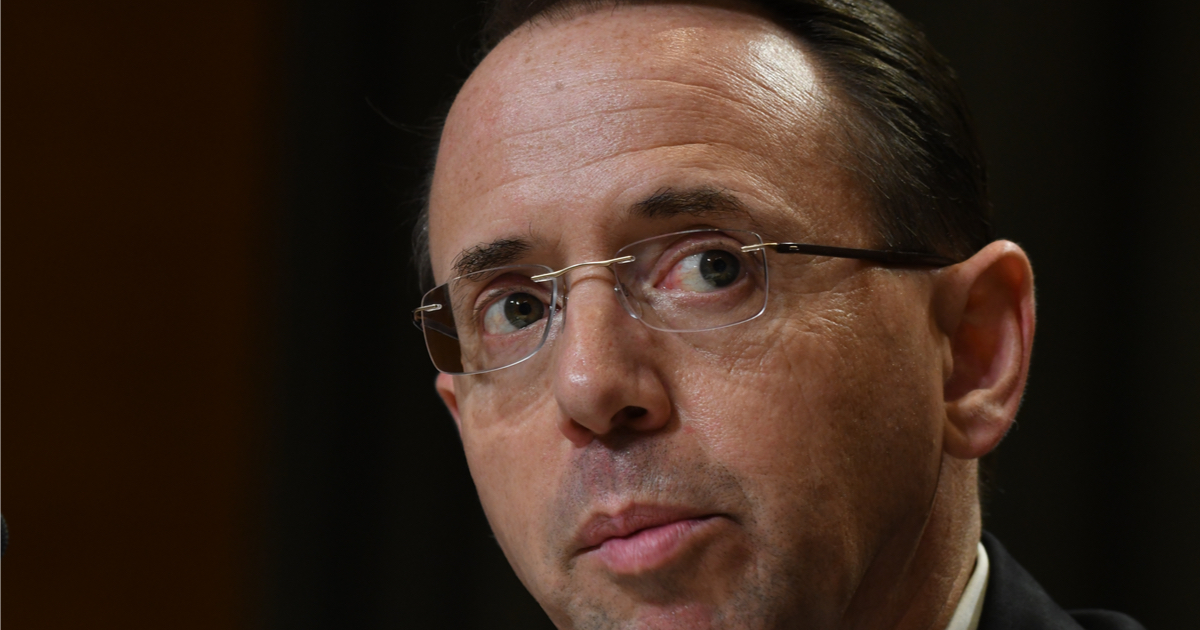 When it comes to the inner workings of our government, particularly our intelligence agencies, the American people have given quite a bit of leeway.

We’ve allowed the leash to go slack on these three-letter establishments, believing that whatever sins they commit will always be in the best interest of the American people.

In other words:  Do what you have to, but we don’t have to know about it.

Unfortunately, in this, the fledgling years of the Trump Era, we are learning that perhaps we’ve allowed far too much freedom, particularly in the case of the FBI.

And as the story of Andrew McCabe and Rod Rosenstein’s planned coup against President Trump becomes clearer, we find ourselves both gasping in horror and wondering how we can now wrangle the out-of-control FBI.  In ultimately disheartening news, we have now learned that McCabe and Rosenstein had some seriously shady plans cooking that they hoped to use to oust the President of the United States.

One of those plans included Rosenstein wearing a wire to the White House.

McCabe said the offer came in the context of a conversation about the firing of former FBI Director James Comey and if the Russian investigation was impacting Trump’s decision.

Here is what he told 60 Minutes’ Scott Pelley:

I can’t describe to you accurately enough the pressure and the chaos that Rod and I were trying to operate under at that time. It was incredibly turbulent, incredibly stressful. And it was clear to me that that stress was— was impacting the deputy attorney general. We talked about why the president had insisted on firing the director and whether or not he was thinking about the Russia investigation and did that impact his decision. And in the context of that conversation, the deputy attorney general offered to wear a wire into the White House. He said, “I never get searched when I go into the White House. I could easily wear a recording device. They wouldn’t know it was there.” Now, he was not joking.  He was absolutely serious. And in fact, he brought it up in the next meeting we had. I never actually considered taking him up on the offer. I did discuss it with my general counsel and my leadership team back at the FBI after he brought it up the first time.

It may very well be time for We The People to give the FBI’s leash a good, hard tug.