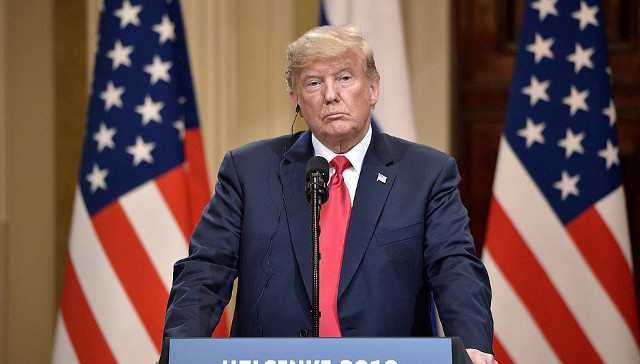 With another government shutting looming just hours away, we may have finally received some good news out of Washington DC.

Another Beltway stalemate seemed almost inevitable at times, thanks to the obtuse stubbornness of Nancy Pelosi and Chuck Schumer.  Their ability to willfully keep 800,000 Americans from receiving a paycheck over something that they both have previously said to be in favor of, catapulted border security to the very top of the Presidential priorities list.

Now, just in the nick of time, the President may have reached a deal with the previously petulant progressive politicians.

President Donald Trump intends to sign the border security deal to avoid another partial government shutdown, according to two sources who have spoken directly with the President.

Trump said Tuesday that he was “not happy” with the tentative deal reached by congressional negotiators late Monday night that falls far short of his original demands.
On Wednesday, he told reporters he would “take a very serious look” at the legislation, adding that he does not want the government to shut down again.
Congress faces a deadline to get a deal passed and signed by Trump before Friday.

It isn’t all good news, however…

The agreement, which includes $1.375 billion for a border barrier, falls well short of the $5.7 billion Trump originally demanded for a wall. It even falls short of the $1.6 billion included in a Senate package last year.

The President also reiterated his hopes for averting a shutdown during a meeting in the Oval Office today, saying that there is “no reason to it”.

The post Trump is Said to Have Made Decision on Border Security Deal appeared first on Flag And Cross.