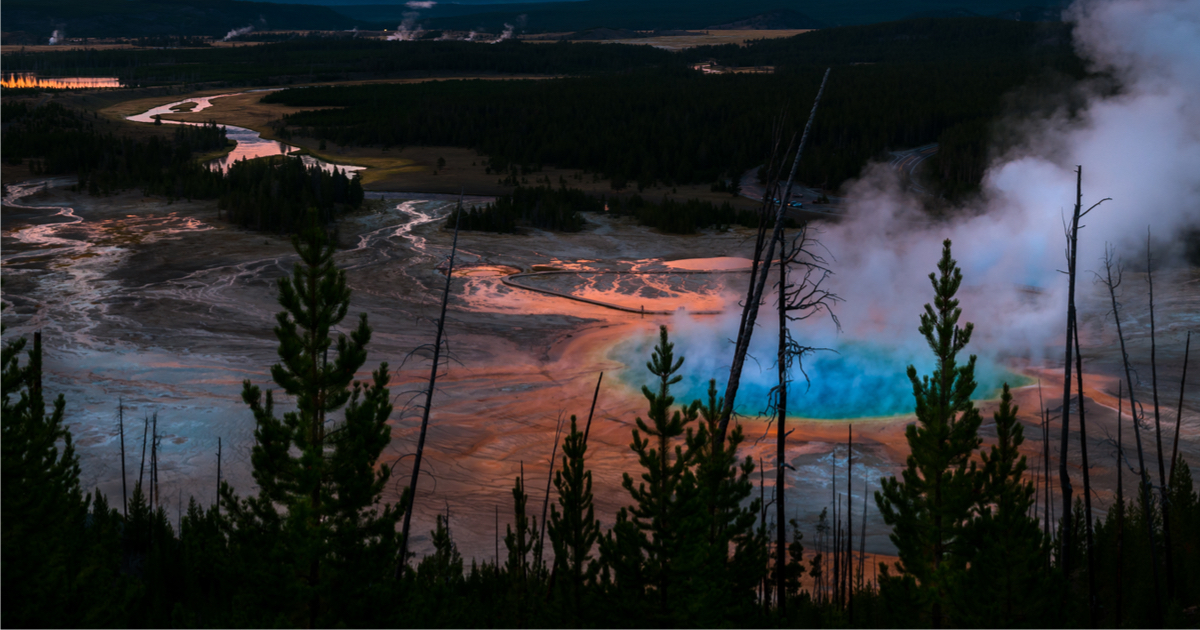 Of all the ways in which the world could be catastrophically changed, none seems quite as dramatic as what would occur should the Yellowstone super volcano erupt in earnest.

The fears were first thrust into the American public eye by the film 2012, where actor Woody Harrelson plays a lone-nut conspiracy theorists convinced that the Yellowstone caldera cold violently explode, sending ash and debris into the atmosphere.  From there, the planet begins to cool down thanks to the sun-blocking effects of the dust, and then we would find ourselves in a cataclysmic situation.

And while the movie is thankfully just a movie, the possibility of a mass extinction event on earth caused by the Yellowstone super volcano is all too real.

The Yellowstone volcano has erupted three times in history – 2.1 million years ago, 1.2 million years ago and 640,000 years ago. Scientists have previously revealed that, should an earthquake occur, it could take less than two weeks before a catastrophic reaction event with the potential to wipe out three-quarters of the US is triggered. Now, it is the job of geologists to “intensely monitor” a large area of molten rock directly below the surface of the supervolcano, it was revealed in a documentary.

Should this molten rock reach the surface of the earth, there are very real concerns about an eruption.  Good thing we have guys like Robert Smith.

Robert Smith, from the University of Utah, is in charge of the seismometers around Yellowstone National Park.

He said in 2014: “We have seismic vaults with seismographs inside.

“These send signals along a network and report it back to my computer in Salt Lake City.

“The seismograph does two things – it records the earthquakes that are active, then they also scan the subsurface we cannot see.

After collecting this data, scientists are then able to make a 3D reconstruction of what lies below the surface.  This allows experts to analyze the data, and map precisely where the concerning magma is located.

Lucky for us, or maybe unlucky for us, there are several experts who believe that Yellowstone is overdue for an eruption.