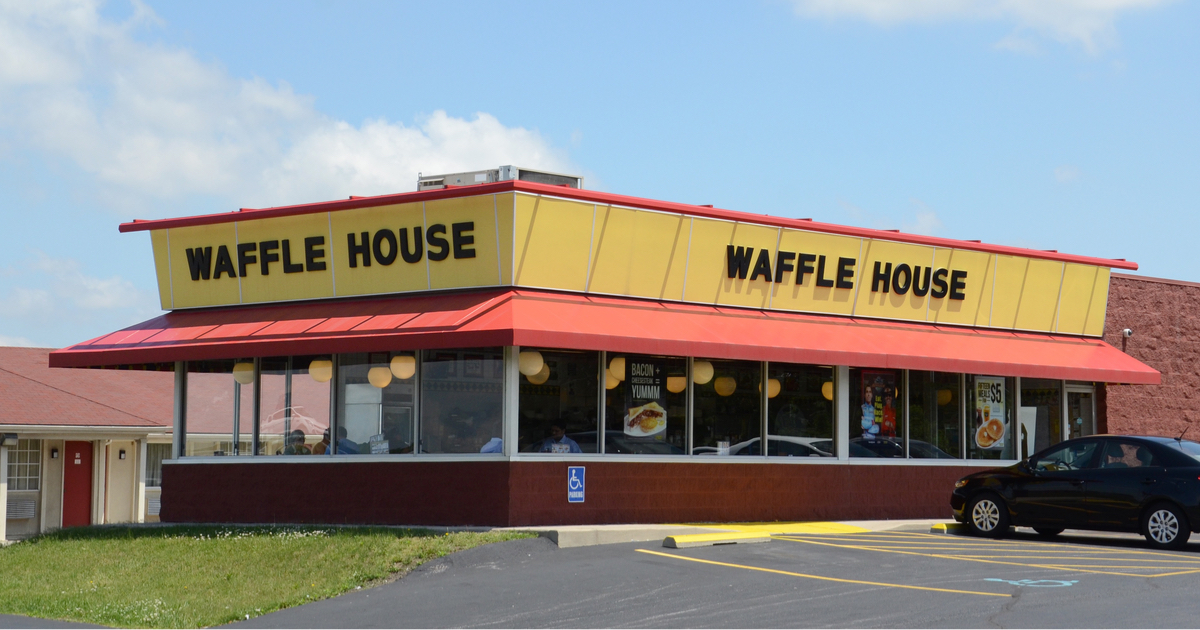 When we, as Americans, pontificate about the myriad of differences between The South and the rest of the nation, certain subjects will almost invariably be broached time and again.

Of course, one of the most prominent cultural differences that we see between The South and the rest of America comes from our dinner plates.  Food is always a representation of where a locale came from, and from where their citizens hailed from before, and this makes Dixie one of most digestively diverse places in the entire world.

Meals like grits, collared greens, and chitlin all belie the extreme poverty of the reconstruction era south, after the north had decimated them with Sherman’s terrorism.  These meals, while somewhat unappealing in their origin for other Americans, hold a special place in the hearts of southerners.

And speaking of special places in the heart of southerners, one would be hard pressed to find anyone below the Mason Dixon line who doesn’t revere Waffle House as one of the most iconic establishments around today.

This year, select Waffle House restaurants accross 21 states will be offering a romantic night out for two to celebrate love that special way that only a Waffle House can offer.

Nearly 200 restaurants in the chain will be dimming the lights, putting out nice white table cloths, and welcoming couples for a special dinner service.

“Valentine’s Day is about spending time with the one you love at a place you love,” says Waffle House spokesperson Jessica Kinskey. “And it’s even better when you can do that without spending a lot of money.”

This is the 12th year in a row the company is celebrating with the Valentine’s Day tradition. It started in 2008 at a Waffle House in John’s Creek, Georgia. when the manager noticed more customers dining on the holiday and decided to make it special for everyone.

And, in a tongue-in-cheek nod to where people could have gone instead, these Waffle House restaurants will also be taking reservations.

To find a participating Waffle House near you, you can visit the restaurant’s website.