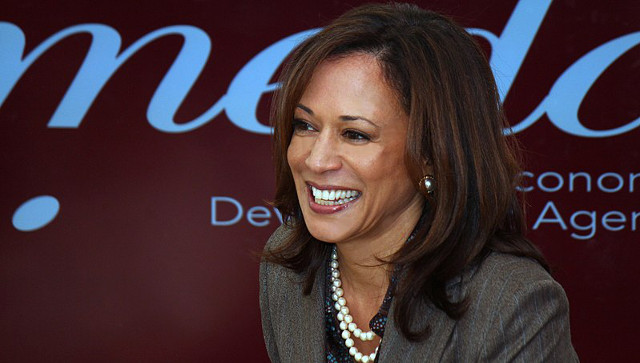 As with any election that involves an incumbent President, the other side of the aisle is straining to put as many candidates out in the ether as possible.

This crowding of the democratic race for 2020 will certainly provide the nation with a very intimate look into the differences among the progressive avenues of the left-wing, and will undoubtedly escalate their internal infighting to epic proportions.

There is a very real chance that this could bring the democratic party itself to its knees, as the socialist wing attempts to convert some of the more moderate wings, and with the possibility that the entire organization could be driven hard to the left.

And let’s not forget that the 2016 race created an unfathomable opportunity for the DNC to discover just how to rig their own primaries.  Now that this precedent has been set, trust in the democrats is at an all time low.

So, does Kamala Harris stand a chance?  Her ex-lover doesn’t seem to think so.

Former San Francisco mayor and California State Assembly speaker Willie Brown threw shade at his ex-girlfriend, Sen. Kamala Harris (D-CA), and the other contenders for the Democratic Party’s presidential nomination in 2020, writing Saturday that none of them can beat President Donald Trump.

In his weekly column in the San Francisco Chronicle, Brown wrote:

Make no mistake, President Trump’s State of the Union address was the kickoff for his 2020 re-election campaign, and so far I’ve yet to see a Democrat who can beat him.

[T]he overnight polling after the speech showed that once again, he connected with voters, at least enough voters to make him a 2020 favorite.

You can’t say the same for the Democratic contenders. They all have impressive credentials, winning personalities and positive messages, but none displays the “people personality” that our media-savvy president has mastered.

Let’s just hope Democrats can figure out that we need to go beyond the left and motivate voters across the board, just as midterm congressional campaigns did under Nancy Pelosi’s leadership.

“Beyond the left” sounds like the surefire end of the democrats as we know it, but there will only be one way to know for sure.

Buckle up, folks.  Things are about to get pretty wild.

We Americans that continue to support President Trump and will vote for him again in 2020 have but one question: How/why would any true American continue to support the democrats when the best of them (is there really a “best” that can be used when referring to a liberal) are socialist wanting to transform our country into another failed socialist/communist country.