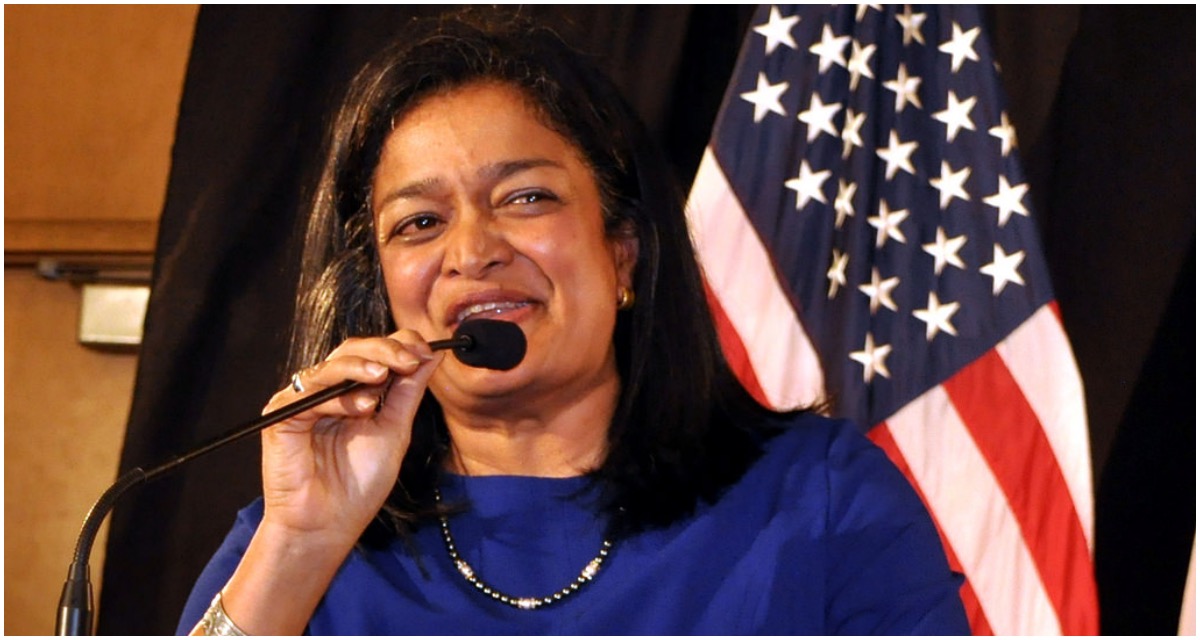 No, that title is not a joke.

Rep. Pramila Jayapal (D-WA) said on Friday that the United States government should pay reparations to families that were separated after they entered the United States legally or illegally and faced immigration proceedings.

Jayapal appeared on MSNBC to talk about her interaction with Acting Attorney General Matthew Whitaker during a House Judiciary hearing on Friday, where she asked him about family separations.

“Our country is still reeling from the horror of family separations that occurred at the border,” Jayapal said ahead of questioning Whitaker.

I’m proud of my passion, Mr. Whitaker. We all should show real passion and a real commitment to fixing what was done to these families and these children. This is lasting trauma for thousands of children—we must make reparations. pic.twitter.com/hceesi4xk5

If Democrats keep talking like this, President Trump might win 48 states in 2020. The notable exceptions, of course, would be California and New York.

Amazon.com is reconsidering its plan to bring a new headquarters and 25,000 jobs to New York City following local backlash.

Are you insane. Here in Arizona there are four or five Amazon locations they provide good jobs pay $15 per hour and nobody is complaining about them here companies like these provide jobs and I love the service from Amazon

Excellent job stopping an extra 25,000 jobs from coming into your district. Well done.

I’ll choose capitalism over socialism any day of the week.

1. Scoop: Chuck Schumer's longtime communications director Matt House was forced out last November after it was revealed that he had inappropriate sexual encounters with junior staffers leading some to feel uncomfortable. https://t.co/h6uDNS5n1J

3. Matt House sent this statement re the allegations in my story and in response to the statement from Schumer's office.

When Senate Minority Leader Chuck Schumer’s longtime communications director Matt House announced he was leaving just after November’s midterm elections, the news was met with widespread bipartisan praise for House and his reputation for fairness. But some of House’s Senate colleagues were surprised to learn of his departure, given that he did not have a high-profile job lined up and that Democrats could regain control of the Senate in 2020.

House’s departure, however, was not voluntary. HuffPost has learned, through two sources with knowledge of the situation, that House was pushed out for allegedly having inappropriate sexual encounters with junior staffers, ending what was a nearly six-year tenure as communications director for the New York Democrat. The sources spoke on the condition of anonymity because they weren’t authorized to speak to a reporter about the allegations.

The post Dem Rep. Makes It Clear – U.S. Must Pay ‘Reparations’ to People Who Cross the Border appeared first on Flag And Cross.

Nah, we will pay only their way back to their own country and not in first class.