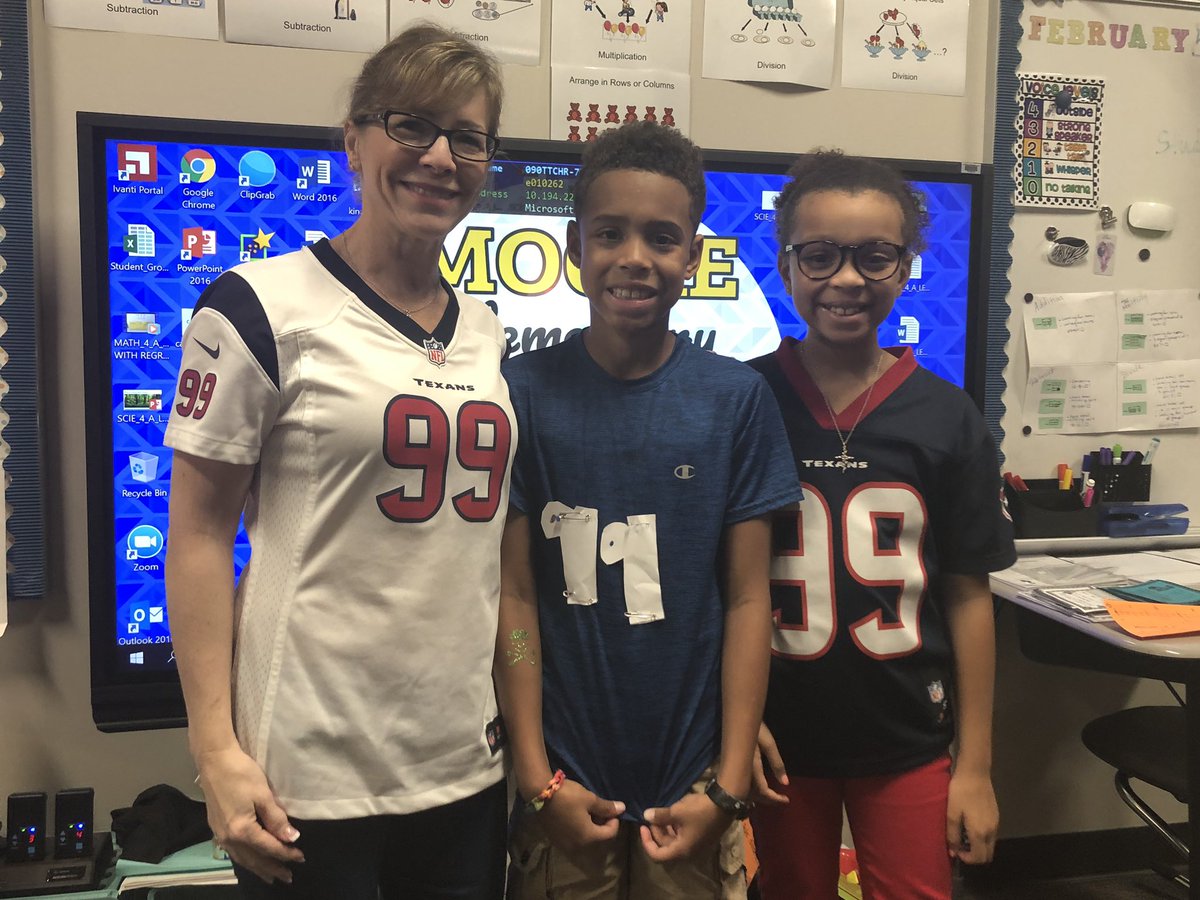 One of the coolest things about social media is that celebrities and public figures are better able than ever before to reach out and connect to fans and followers.

It gives you a chance to see how genuine and kind they truly are, in many cases, despite the fame and fortune.

When Houston Texans defensive end noticed that a 4th grader in Houston had made his own #99 jersey to celebrate the 99th day of school in a post shared on Twitter, he was delighted to see the kid’s effort.

On Tuesday, 4th grade teacher Malinda Ross from Moore Elementary in Houston posted the picture of herself and two of her students wearing Watt’s jersey. Ross and one fo the students had real jerseys, while the second student had a blue t-sirt with the number 99 cut out of white paper and safety-pinned on.

“99th day of school @MooreCFISD! Any excuse to wear @JJWatt jerseys and jeans! #bemoore,” Ross wrote along with the post.

“My man in the middle making the extra effort!!” Watt wrote with a retweet of the sweet picture.

“DM me an address and I’ll make sure we get him a real jersey! Hope everyone over there has a great 99th day of school!” he added.

My man in the middle making the extra effort!! DM me an address and I’ll make sure we get him a real jersey! Hope everyone over there has a great 99th day of school! https://t.co/EioXaSnK6T

Watt has already distinguished himself as having a heart for his community.

Yahoo News reports that “In the wake of the devastation left by Hurricane Harvey in Houston, Watt’s the Justin J. Watt Foundation raised and distributed $41.6 million to those affected between 2017 and August 2018, according to the NFL.”

A great football player and an all around great guy!

The post When This Student Had to Make His Own JJ Watt Jersey, the Football Star Rewarded His Effort appeared first on Flag And Cross.