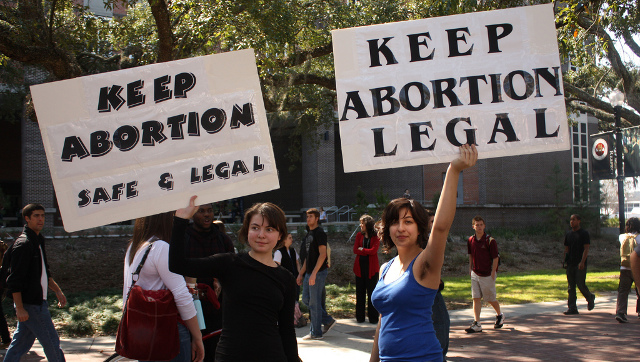 Just moments after President Trump made a bold and stern statement on abortion at the State of The Union, the left has already begun to push back.

After all, it is their idea to allow infanticide to become the new norm in late term pregnancy termination.

We would hope that at least the Supreme Court would err on the side of life, right?  Well, apparently not.

A divided Supreme Court stopped Louisiana from enforcing new regulations on abortion clinics in a test of the conservative court’s views on abortion rights.

The justices said by a 5-4 vote late Thursday that they will not allow the state to put into effect a law that requires abortion providers to have admitting privileges at nearby hospitals.

Chief Justice John G. Roberts Jr. joined the court’s four liberals in putting a hold on the law, pending a full review of the case.

President Trump’s two Supreme Court appointees, Justices Neil Gorsuch and Brett M. Kavanaugh, were among the four conservative members of the court who would have allowed the law to take effect.

Kavanaugh wrote a dissenting opinion in which he said the court’s action was premature because the state had made clear it would allow abortion providers an additional 45 days to obtain admitting privileges before it started enforcing the law.

The move comes just days after Virginia and New York made maneuvers in the abortion game that would allow fully developed children to be aborted up to the moment of birth.

There is Roberts again spewing his own opinion.

Should law abiding citizens demand Roberts give up his ill gotten gain (adopted child) since her being a threat to his illegal sctivity? It could force him to be more honest on abortion issues and toss out the left threats?

Roberts is still being controlled by the defrocked Evil Sissy….!