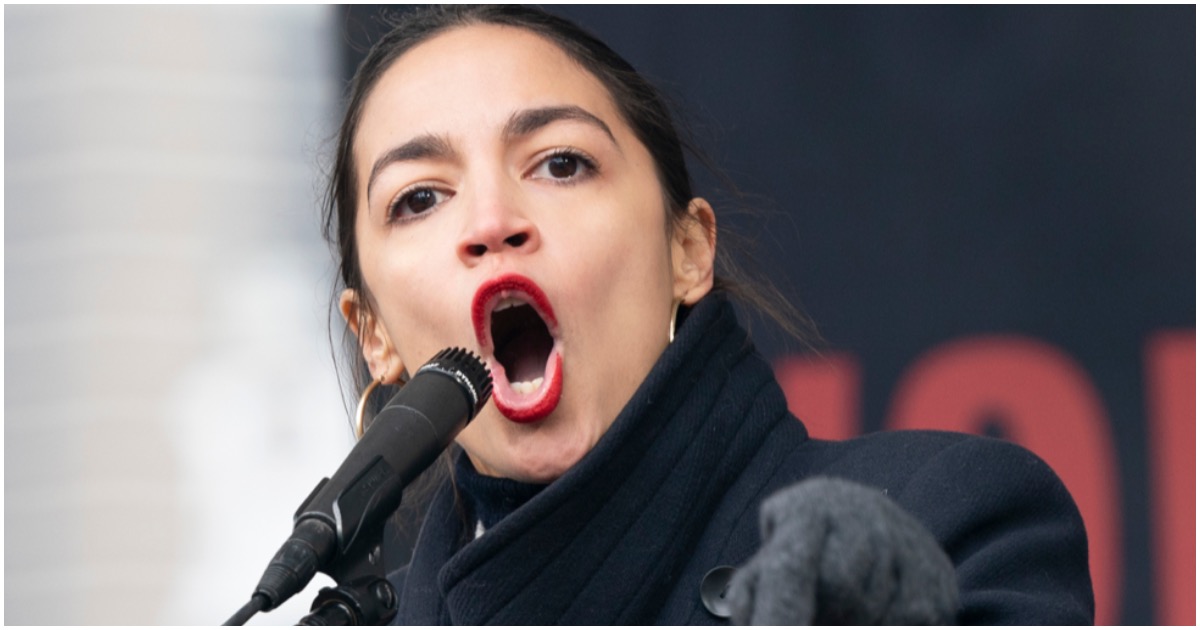 New York Freshman Democrat Alexandria Ocasio-Cortez, a Democrat Socialist, is in no way a fan of American capitalism.

Amazon.com is reconsidering its plan to bring a new headquarters and 25,000 jobs to New York City following local backlash.

Amazon executives have conducted internal discussions recently to reassess the New York headquarters and explore alternatives, per two people familiar with the situation, according to the Washington Post.

The Seattle-based e-retailer has not yet leased or bought office space in N.Y.C.

Are you insane. Here in Arizona there are four or five Amazon locations they provide good jobs pay $15 per hour and nobody is complaining about them here companies like these provide jobs and I love the service from Amazon

Excellent job stopping an extra 25,000 jobs from coming into your district. Well done.

I’ll choose capitalism over socialism any day of the week.

There are some things a person just never expects to see.

One of those things would be far-left Whoopi Goldberg telling even further left Ocasio-Cortez to shut up for being such a loudmouth.

It seems like the other ladies of “The View” agreed with Whoopi, which is even weirder.

She didn’t leave quietly, though.

McCaskill went after “what’s her name” Ocasio-Cortez like she got paid to do it.

Sen. Claire McCaskill (D-MO) warned against nominating “far-left” Democrats like socialist Alexandria Ocasio-Cortez this week, saying that candidates like her “have not been in a place where the math is unforgiving to” their political views.

McCaskill made the remarks while appearing on a Thursday podcast with The New York Times where she blamed her loss on “irritating” pro-abortion activists and also warned against nominating far-left Democrats.

“They’re so passionate about their beliefs they feel if everyone would just be more pure, more people would come to the cause, and many of them have not been in a place where the math is unforgiving to that concept. And so, I just want to make sure that we don’t make a mistake and go so far to the left in nominating a candidate that we lose all those white working-class voters that have been a huge part of our party decades ago.”

“We have an opportunity in 2020 as long as we don’t go so far-left off the side of the earth that we alienate those people that, when they hear the word ‘free college,’ they hear that phrase, they think, ‘Oh, look, they’re giving away something to other people besides me again. I had to earn mine. Why aren’t they having to earn theirs?’ That thing is real. Sometimes, going too far, we turn off people and make election victories impossible.”

Sen. McCaskill says @Ocasio2018 and other freshman Dems are too "far left" and too focused on being "pure."

McCaskill (10/29/18) on migrant 'caravan:' “Stop them at the border. I do not want our borders overrun. And I support the president’s efforts to make sure they’re not." pic.twitter.com/EYHtG6GjEM

Fox News’ Greg Gutfeld has some thoughts on Alexandria:

This is what happens when you run on slogans and know nothing about actual policy or how things work.

Actually, we have for-profit “death panels” now: they are companies + boards saying you’re on your own bc they won’t cover a critical procedure or medicine.

Maybe if the GOP stopped hiding behind this “socialist” rock they love to throw, they’d actually engage on-issue for once. https://t.co/4P2TrflkFX

Then see how quickly she gets destroyed…

Coverage for all
Treatment for few

That doesn't work where you say it does, ask the Brits how they love the #NHS

You're all playing the Other People's $$$ will pay for it game

I wonder if she has sucked a D…K she didn’t like! Look at the size of her pie hole! Lordy Loo!

Those fools in New York elected her, now let them deal with her trashing their economy.