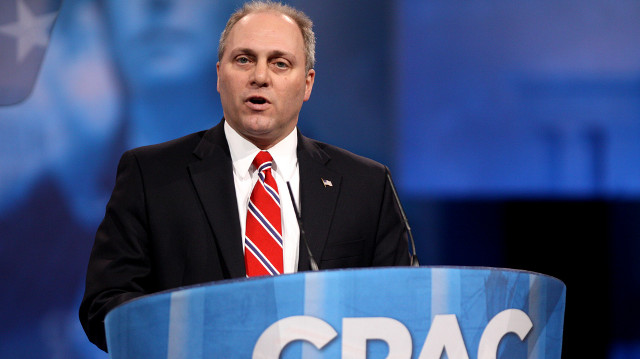 We pay our elected officials a whole lot of money to supposedly keep this nation running.

This gives us a bit of a vested interest in making sure that they are crossing their t’s and dotting their i’s.  Remember, the average salary in Congress is 174,000 taxpayer dollars per year.  If these folks can’t get it right, they have got to go.

That is why we bring to your attention the story of a congressional gun control committee who outright refused to hear testimony from attempted assassination victim and US House Representative Steve Scalise of Louisiana.

House Republican Whip Steve Scalise, R-La., said Wednesday that Democrats on the House Judiciary Committee refused to let him testify at a hearing on gun violence about his experience as a victim of the congressional baseball practice shooting two years ago. The move infuriated his fellow Republicans.

Scalise told Fox News that he found out over the weekend that Democrats had chosen not to allow his testimony at the hearing –“Preventing Gun Violence: A Call to Action” — something he said is a courtesy traditionally extended to any lawmaker who wishes to speak.

Scalise has stern admonishment for the democrats on the subject.

“I thought it outrageous that they want to try to silence this message, because in the end I’m still going to get my message out. They can’t silence this issue,” he said.

Scalise was shot and injured in June 2017. But despite his experience and perspective, he said that committee Democrats said he would not able to testify — although he could submit written testimony for the record, which he did.

“I was surprised, because it’s unprecedented,” he said. “In the past, when we were in charge on the Republican side, if the Democrats selected among one of their witnesses to be a sitting member of Congress, we always gave them the courtesy of testifying in a proper setting, and we were asking for that same courtesy — and they denied it.”

Scalise’s shooter, a radical leftist who once worked for the Bernie Sanders campaign, took aim at the GOP charity baseball team just two weeks to the day after Kathy Griffin released images from her controversial photoshoot, in which she envisioned herself having beheaded President Donald Trump.