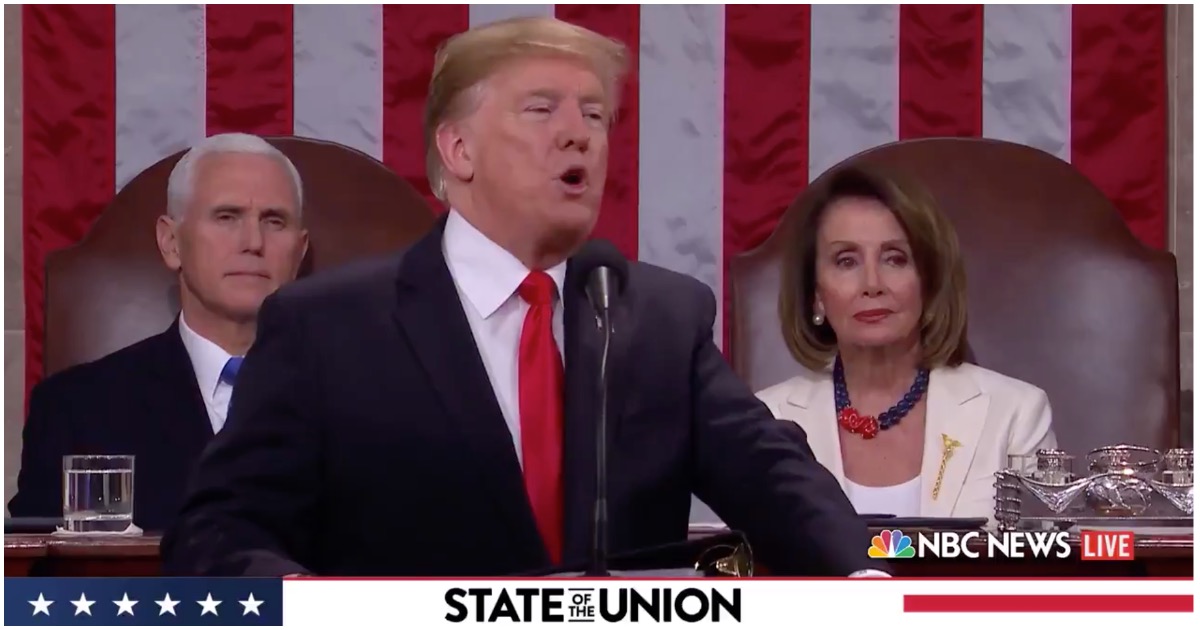 At the 2019 State of the Union address, President Trump spoke of unity.

He also happened to bring up the fact that black, Hispanic, and Asian unemployment has hit record low levels.

Speaker Pelosi refused to clap. She wouldn’t stand, either.

More from the SOTU:

Trump calls for unity on the following issues:

The Democrats sit and refuse to clap. pic.twitter.com/BqUuAiQ5a8

DCCC fundraising email on Kavanaugh is wildly misleading. It says McConnell is resuming Kavanaugh hearings without hearing the allegations And that Kavanaugh could be confirmed in “a matter of hours”
Not true. pic.twitter.com/LSEnDSSUyD

Pelosi on Kavanaugh: “I think he disqualified himself with those statements and the manner in which he went after the Clintons and the Democrats … There was a way for him to go forward with dignity and without jeopardizing his own objectivity in the public mind.” pic.twitter.com/IZNu8NnR0O

Remember, January 3 was only day one of what promises to be a wild two years.

Democrats are now in charge of the House of Representatives, and Pelosi has once again been voted Speaker.