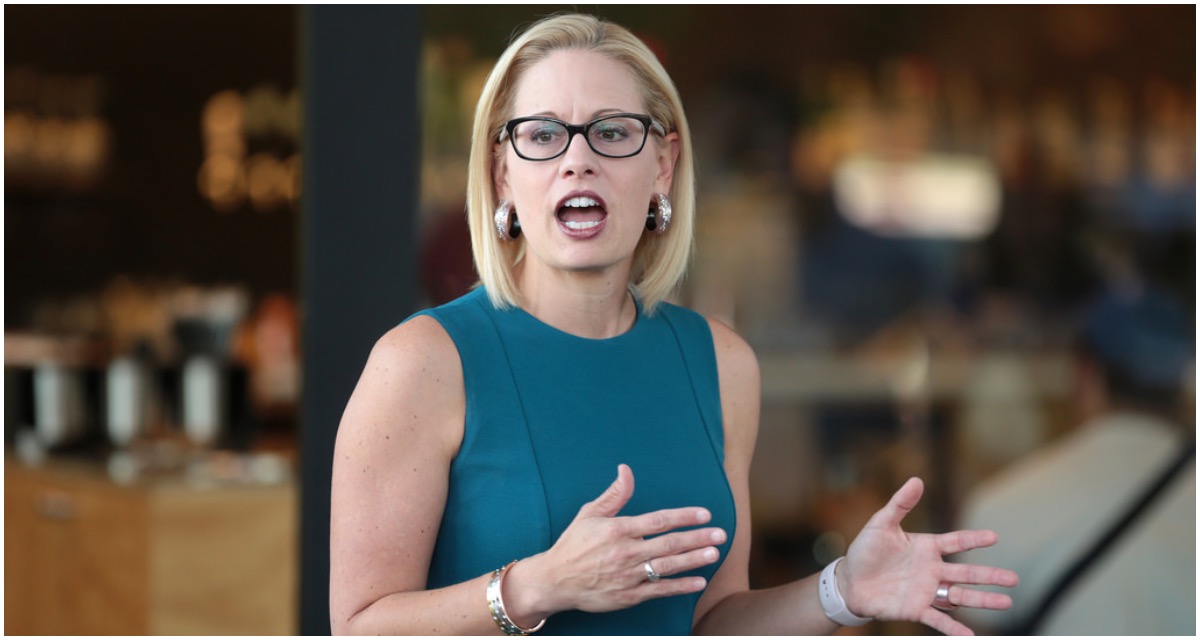 Arizona Senator Kyrsten Sinema (D), who is most notable for loathing her state and being openly bisexual, wore an outfit on the Senate floor that has mouths agape.

Some people went as far as to wonder if she’s in search of a stripper pole.

You can be the judge.

They don’t even match. The colors completely clash. What on earth pic.twitter.com/G7yxQtPmmH

When you gotta go directly from The Club for your shift on the stripper pole right after your job in the U.S. Senate.

That's one of the 2 new senators from Arizona, Democrat Kyrsten Sinema.

Someone please tell Kyrsten Sinema that she looks like a hooker in these thigh high boots on the Senate floor!

In both photos, Sen. Sinema looks like the before of Julia Roberts in Pretty Woman. https://t.co/xm9bJZfe66

68,000 new votes were counted for Sinema the Saturday after the 2018 midterm election.

Sinema expanded her lead over McSally to 28,688 votes out of more than 2.1 million cast, a margin of 1.35 percentage points.

Eric Holder, the only cabinet-level member in history to be held in contempt of Congress, paraphrased Michelle Obama by saying, “When they go low, we kick ’em.”

A vote for Sinema was a vote for a woman who absolutely loathes not only Arizona, but America.

It could not have been more evident.