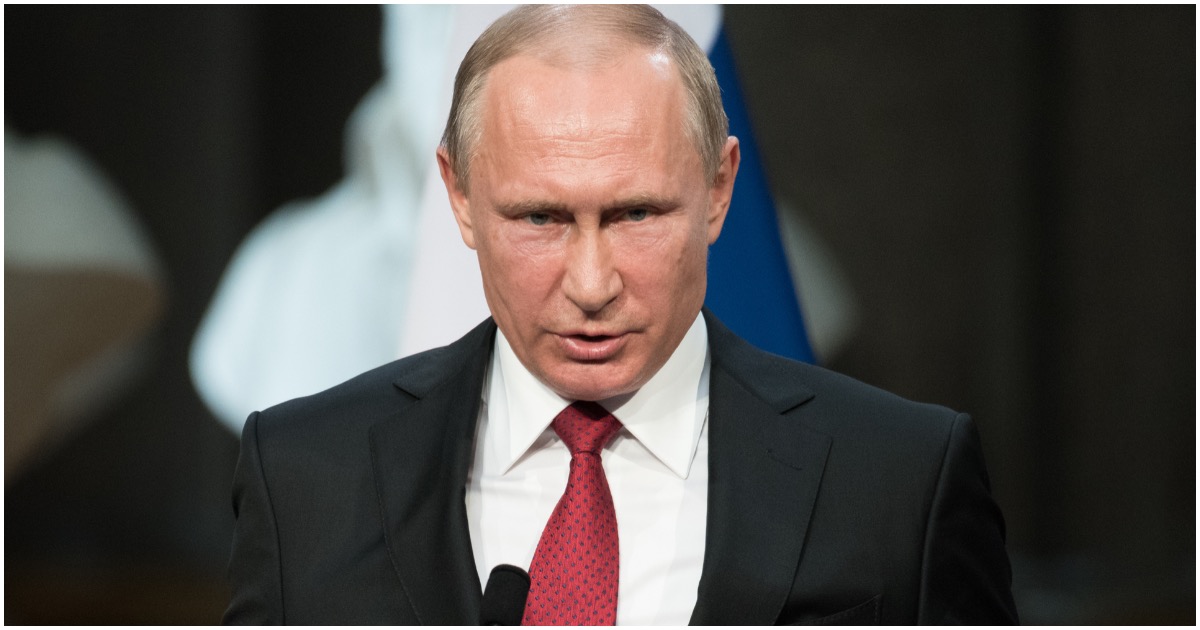 Still no signs of it.

What’s weird is NBC News is reporting the Russians are helping a 2020 presidential candidate tto beat Trump in 2020.

The Russian propaganda machine that tried to influence the 2016 U.S. election is now promoting the presidential aspirations of a controversial Hawaii Democrat who earlier this month declared her intention to run for president in 2020.

An NBC News analysis of the main English-language news sites employed by Russia in its 2016 election meddling shows Rep. Tulsi Gabbard of Hawaii, who is set to make her formal announcement Saturday, has become a favorite of the sites Moscow used when it interfered in 2016.

Several experts who track websites and social media linked to the Kremlin have also seen what they believe may be the first stirrings of an upcoming Russian campaign of support for Gabbard.

Since Gabbard announced her intention to run on Jan. 11, there have been at least 20 Gabbard stories on three major Moscow-based English-language websites affiliated with or supportive of the Russian government: RT, the Russian-owned TV outlet; Sputnik News, a radio outlet; and Russia Insider, a blog that experts say closely follows the Kremlin line. The CIA has called RT and Sputnik part of “Russia’s state-run propaganda machine.”

READER POLL: Are you still in favor of the BORDER WALL?

The Intercept is reporting that the source used by NBC is a firm that fabricated Russia data for the Democrat Party.

But the whole story was a sham: the only “experts” cited by NBC in support of its key claim was the firm, New Knowledge, that just got caught by the New York Times fabricating Russian troll accounts on behalf of the Democratic Party in the Alabama Senate race to manufacture false accusations that the Kremlin was interfering in that election.

To justify its claim that Tulsi Gabbard is the Kremlin’s candidate, NBC stated: “analysts at New Knowledge, the company the Senate Intelligence Committee used to track Russian activities in the 2016 election, told NBC News they’ve spotted ‘chatter’ related to Gabbard in anonymous online message boards, including those known for fomenting right-wing troll campaigns.”

Tusli’s dreams may already be dashed.

Why? Tulsi isn’t that fond of gay people, apparently.

I realized Tulsi Gabbard was anti-gay, but didn’t quite realize how anti-gay she was in the 2000s. This is next level:

Is anyone excited about Tulsi Gabbard, outside of a handful of people that are going to be torn between her and Bernie?

Because the pro-Assad, pro-Bannon, anti-Mazie Hirono lane in the Dem party is a very big one. https://t.co/uclVHPIADh

The @TulsiGabbard @SteveKingIA unity ticket is going to be everything pic.twitter.com/eVpNkZ4lI2

Tulsi Gabbard’s disturbing and singular denialism of Assad’s role in the brutal butchering of his own people, obliging a meeting with him and spreading his propaganda should be disqualifying. pic.twitter.com/EI3UiEvLuu

If as many Democrats wind up running for president in 2020 as Republicans did in 2016, it would probably be smart to hold the primetime debates with legitimate contenders and smaller debates with those not polling as well.

One would have to figure Senator Elizabeth Warren (MA) would fall into the latter category.

She’s not likely to poll better once bigger names enter the race, either.

During her first trip to Iowa as a probable candidate, it didn’t go so well for the woman of 1/1024th Native American heritage.

President Trump was asked if Warren has a shot against him in a hypothetical general election.

He only needed three words.

Pete Hegseth: Elizabeth Warren "says she’s in the fight all the way Mr. President, do you really think she believes she can win?"

President Donald Trump: "Well, that I don’t know. You’d have to ask her psychiatrist." pic.twitter.com/sOzH6JZFrk

Warren: “He cozies up to white nationalists. He undermines the free press and incites violence against journalists.”

“The 2016 election provided a stark reminder that we must remain vigilant and fight for our democracy every single day,” Warren said. “That starts with protecting our elections and democratic processes, and making it clear that there will be severe consequences for those – foreign or domestic – who meddle, hack, or undermine them.”

“It means ensuring a meaningful opportunity for every American citizen to vote. And it means fighting for equal justice and protection under the law for all.”

“It also requires us to speak out against hateful rhetoric that fuels domestic terrorism of all kinds, whether in San Bernadino or Charleston, Orlando or Charlottesville, Fort Hood or Pittsburgh. We must speak plainly about all of these incidents.”

“Just like the hateful terrorism of Al Qaeda and ISIS, domestic right-wing terrorism is completely incompatible with our American values.”

“Let’s start with a serious problem: Around the world, democracy is under assault. Authoritarian governments are gaining power.”

“Right-wing demagogues are gaining strength. Movements toward openness and pluralism have stalled and begun to reverse.”

As one might assume, there is not a surge in right-wing violence.

Collusion by democrats with Russians. But that’s okay. Two years investigating trump for that. But no evidence whatsoever. But with Gabbert? Ohba drmi ratvsi no big deal