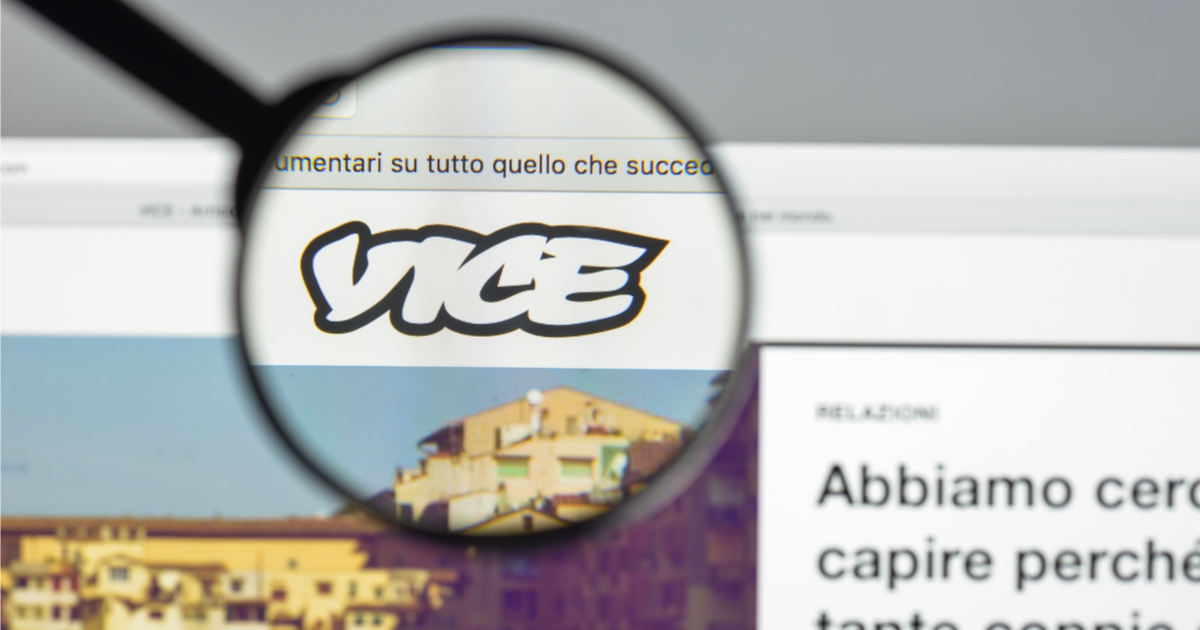 With the “news” industry becoming ever more saturated with inexperienced, fly by night companies, there are bound to be a number of disturbances in the industry.

One of the most notable as of late came from the folks at Buzzfeed, whose first true foray into “real news” was part of the disastrous Steele Dossier debacle.  Their latest, just days ago, was a supposed scoop regarding the testimony of former Trump lawyer Michael Cohen.  The goof was so bad that the famously private Mueller team was forced to publicly correct the fake news.

Buzzfeed was gutted by the incident, and their financial dire straits are becoming more apparent by the moment.

Now, it looks as though the fellow youth-news entrepreneurs over at Vice are struggling as well.

Vice Media joined the pool of news outlets cutting staff in an ongoing industry shakeup this year, it was revealed Friday.

According to The Hollywood Reporter, which broke the news that morning shortly before affected staffers were notified, some 250 employees were laid off, totaling roughly 10 percent of the company’s workforce.

One employee who survived the cuts told The Wrap’s Jon Levine that a range of staffers were impacted, from production assistants to more senior individuals, including a producer for Vice News Tonight’s 2017 report on violence in Charlottesville, Virginia.

Viceland, the television network created by Vice, is home to some of the stranger shows on television, reminding many of the early years of MTV…but with a whole lot more drugs.

With 2020 fast approaching, there is no doubt that “fake news” will again be a topic of discussion.  Will Vice still be around to contribute?  That’s the real question.

The post Vice Media Tumbles, Set to Lay Off Large Numbers of Staff appeared first on Flag And Cross.