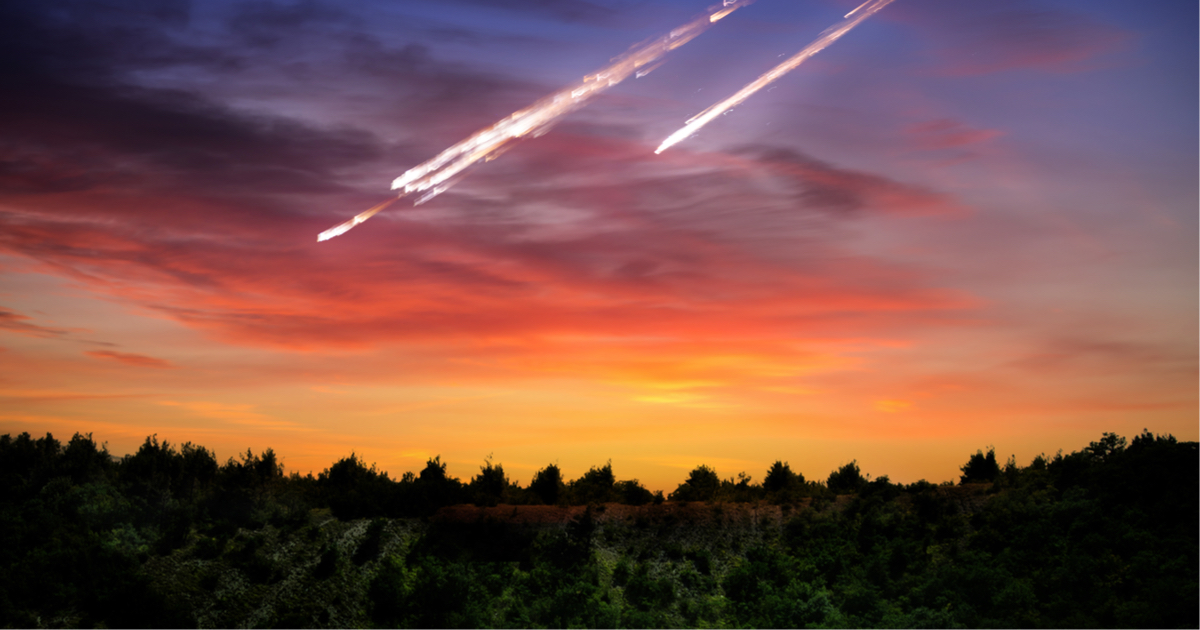 Every so often, we are reminded of our perilous reality, attempting to maintain a highly nuanced civilization on a rock hurtling through space.

Our everyday concerns are so mundane in comparison to this frightening common denominator.  We are speeding around the ever-expanding universe, which, by the way, is filled with debris of long-exploded stars and previous impacts between these wayward celestial bodies.

Meanwhile, we’re arguing about whether or not illegal immigration is really illegal?

The country of Cuba was the latest recipient of a reminder that came in loud and hard.

A meteorite touched down in Cuba around 1:15 p.m. Eastern Standard Time Friday, according to reports.

The National Weather Service in Key West, Florida, says it received reports that a meteor was seen in the sky across the Florida Keys and that it crashed in Western Cuba.

The meteorite ripped through the sky before exploding and raining debris on homes in Cuba, according to The Sun.

Locals in the town of Viñales reported hearing a loud explosion during the impact, according to a tweet from CNN’s Havana-based correspondent, Patrick Oppmann.

Twitter was ablaze with evidence of the space rock’s explosive impact.

A #meteor has rocked the skies of western #Cuba, exploding mid-air, shattering windows and raining charred meteorite rocks on people’s homes. Before its spectacular demise, the space rock was seen flying above Florida. pic.twitter.com/ohOqrVujs6

Breaking: Damage reported after a suspected small meteor strikes Viñales, Cuba. There are no reports of any injuries. A video shows the trail of the possible meteor in the sky. pic.twitter.com/xlFof46yyi

Breaking: Damage reported after a suspected small meteor strikes Viñales, Cuba. There are no reports of any injuries. A video shows the trail of the possible meteor in the sky. pic.twitter.com/xlFof46yyi

It seems as though this particular event has come and gone with no injuries to report as of this publication.