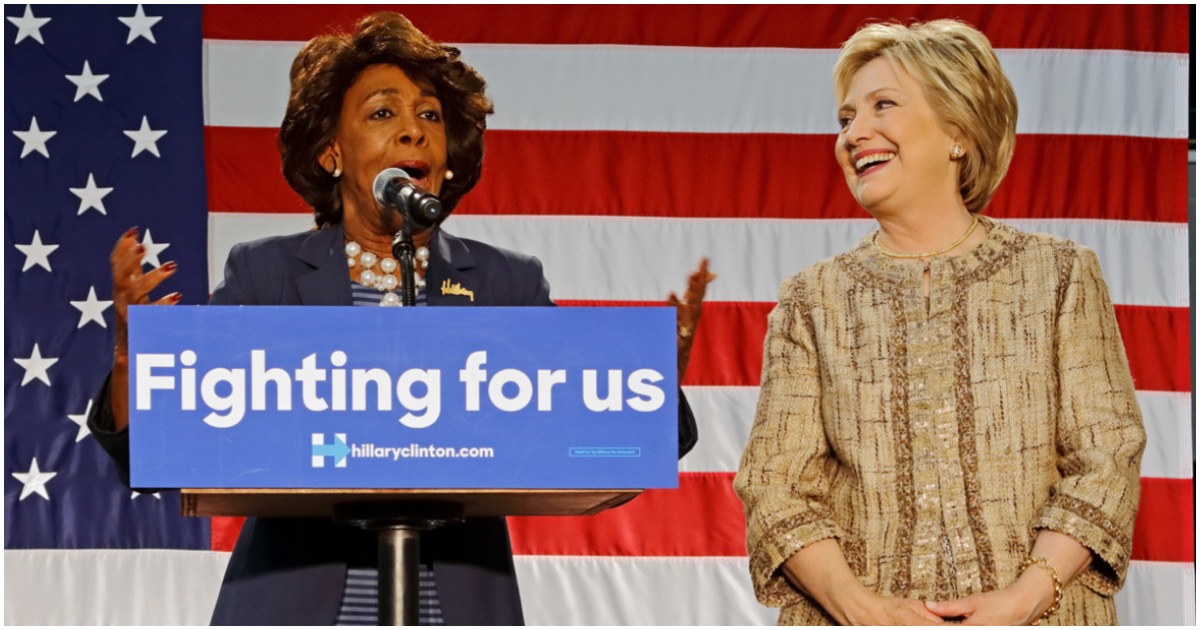 If it wasn’t clear before, it should be now.

California Democrat Maxine Waters does not care for President Trump.

Rep. Maxine Waters (D-Calif.) blasted President Trump on Thursday after he attacked his intelligence officials following their testimonies before a congressional committee, saying it was “past time for impeachment!”

Waters, a frequent critic of the president who often calls for his ouster, took to Twitter to ask when Americans would “wake up” to Trump’s reported lies.

When are the people of this country going to wake up to the fact that this president is a disgusting liar, documented to have lied over 8,000 times in 2 yrs? Add to that his recent, blatant lies on our nation's intel chiefs' testimony in the US Senate. Past time for impeachment!

This is the new normal.

Democrats are now the party of the Tlaib’s and the Ocasio-Cortez’s.

Tlaib must be thinking she needs to make a name for herself right out of the gate, otherwise who is she kidding?

Rashida Tlaib to a crowd of cheering supporters in DC: “We’re gonna go in there and impeach the motherfucker!”

I thought her comments were disgraceful. This is a person that I don’t know…I assume she’s new?

Tlaib said she stood by her comments but wouldn’t talk to reporters when questioned.

After victoriously shouting to a cheering audience that she will "impeach the motherfucker" Trump, Rep. Rashida Tlaib *literally* runs scared from reporters asking her if she stands by the comments.

She's new here so does not know where to go – lol

As you’d imagine, Dems loved what Tlaib had to say…

Dems in the first day of House control:

What I have a problem with…

What I don’t have a problem with…

– Rashida Tlaib calling the person responsible for all of this a motherfucker.

Spare me the GOP outrage over @RashidaTlaib.

This is the motherfucker they elected president.

Geraldo summed it up best:

1 of 1st ever Muslim American women elected to Congress-Michigan's @RashidaTlaib– vows to her child & a cheering crowd, “We’re going to go in there and impeach the motherfucker.” What a perfect way to ensure war vs @realDonaldTrump & to guarantee that nothing at all-0-gets done.

Tlaib, America’s first Palestinian-American Congresswoman, was sworn in on a Quran.

The Quran owned by former President Thomas Jefferson will be the book upon which newly-elected Muslim congresswoman, Rashida Tlaib (D-MI), is sworn into the U.S. House of Representatives on Thursday.

According to The Hill, Tlaib will be making history this Thursday as the first Palestinian-American woman to join the lower chamber of Congress. She also joins alongside recently-elected Rep. Ilhan Omar (D-MN) to be one of the first two Muslim congresswomen.

Translated into English by George Sale in 1734, Jefferson’s copy of the Quran resides in the Library of Congress, according to the Detroit Free Press. Tlaib told the Free Press that she chose Jefferson’s Quran to highlight that Islam goes back a long way in the United States.

After her win, Tlaib celebrated with the Palestinian flag.

In the video, Tlaib delivered a victory speech in which she acknowledged her family watching from abroad in the Palestinian Authority-administered West Bank. She dedicated her victory, in part, to the Palestinian cause: “A lot of my strength comes from being Palestinian,” she said.

This was utterly absurd unless Tlaib won a race in Palestine – if she’d be even have allowed to run for office.

Check out the words of Ilhan Omar, who says Dems will “transform” our democracy:

Omar: “And so we are just really excited to get to work and make sure that the words we said on the campaign trail transform into legislation that will transform our government and our democracy.”

Guess who else vowed to “transform” our democracy:

She stuck by her words.

Omar’s response when forced to defend:

Drawing attention to the apartheid Israeli regime is far from hating Jews. You are a hateful sad man, I pray to Allah you get the help you need and find happiness. https://t.co/SvEXjlxlEN