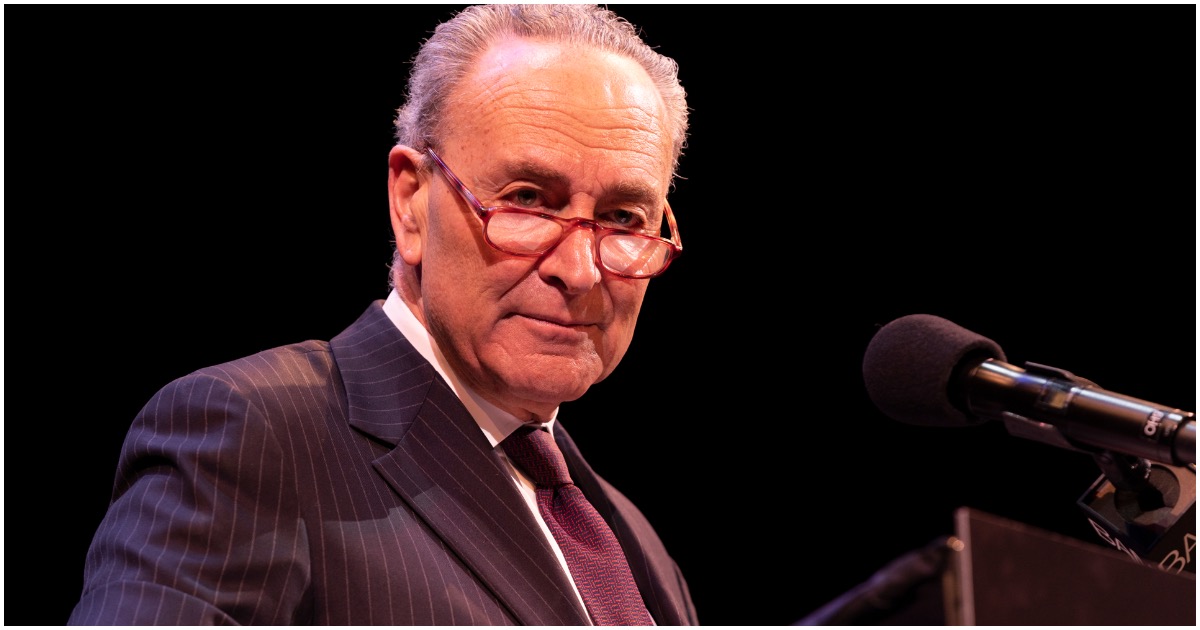 It’s a no good, very bad, horrible night for the Democrat Party.

Now, it is being revealed that Senate Minority Leader Chuck Schumer’s top aide was fired in November for “inappropriate sexual encounters with junior staffers.”

1. Scoop: Chuck Schumer's longtime communications director Matt House was forced out last November after it was revealed that he had inappropriate sexual encounters with junior staffers leading some to feel uncomfortable. https://t.co/h6uDNS5n1J

3. Matt House sent this statement re the allegations in my story and in response to the statement from Schumer's office.

When Senate Minority Leader Chuck Schumer’s longtime communications director Matt House announced he was leaving just after November’s midterm elections, the news was met with widespread bipartisan praise for House and his reputation for fairness. But some of House’s Senate colleagues were surprised to learn of his departure, given that he did not have a high-profile job lined up and that Democrats could regain control of the Senate in 2020.

House’s departure, however, was not voluntary. HuffPost has learned, through two sources with knowledge of the situation, that House was pushed out for allegedly having inappropriate sexual encounters with junior staffers, ending what was a nearly six-year tenure as communications director for the New York Democrat. The sources spoke on the condition of anonymity because they weren’t authorized to speak to a reporter about the allegations.

“Hopefully, now the president has learned his lesson.” Those are the mocking words of Chuck Schumer after President Trump agreed to reopen the government.

Senate Minority Leader Chuck Schumer mocked President Donald Trump on Friday immediately after the president ended the government shutdown so non-essential federal employees could get paid and so both of the nation’s major parties could work on a deal to fund border security.

Schumer noted, “The American people do not like it when you throw a wrench into the lives of government workers over an unrelated political dispute. Working people throughout America empathized with the federal workers and were aghast at what the president was doing to them. Hopefully, now the president has learned his lesson.”

“Now, once the president signs the continuing resolution, we in Congress will roll up our sleeves and try to find some agreement on border security. Today the president will sign the bill to reopen the government along the outlines of what we have proposed and hopefully it means a lesson learned for the White House and for many of our Republican colleagues: Shutting down the government over a policy difference is self-defeating.”

“It accomplishes nothing but pain and suffering for the country and incurs an enormous political cost to the party shutting it down.”

Chuck Schumer mocks President Trump: "Hopefully now the president has learned his lesson… Democrats are firmly against the wall." pic.twitter.com/mtaHf4VNCT

Liberals lost their minds because the New York Times had the audacity to fact check Schumer during his rebuttal top President Trump’s Tuesday night speech.

They can’t take it when their side gets called out.

i can’t even tell anymore??

After 2016 I don’t even know why I’m surprised by any of this anymore.

oh my god how are you so bad at this

CANNOT believe that the first fact check I saw tonight was on SHUMER! And on a fact he genuinely got right! Food stamps, national parks, native Americans- easily millions, beyond the federal employees.

The New York Times does not understand that the federal government serves a number of functions other than paying federal workers. When millions of Americans read the Times, there is a multiplier effect of ignorance.

Am sure he learned how from his boss.As the saying goes Monkey see Monkey do.

And of course the dems kept this in the dark as long as possible.