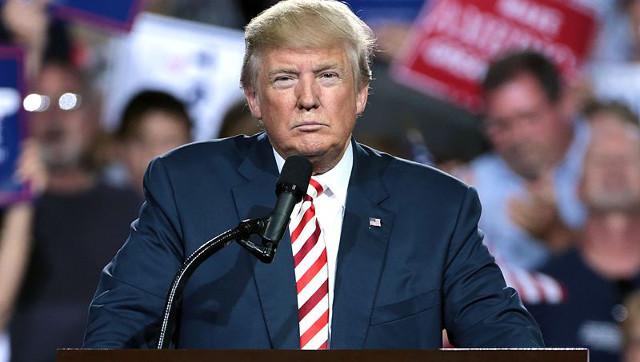 Wild news is coming out of Washington DC today that a possible agreement has been reached to temporarily reopen the government.

The news is coming from DrudgeReport.com:

The Drudge Report blasted out its breaking news siren on Friday, reporting that an agreement has been reached to end the government shutdown.

Matt Drudge’s high-trafficked news aggregator reported that according to a source, a shutdown agreement has been reached, and that an announcement is set for 1 p.m.

A temporary reopening of the government was something that the democrats have been pushing in recent days.

President Trump is expected to announce the plan today:

President Trump is expected to announce Friday he’ll back a move to reopen the government for a few weeks. He’s slated to make a statement on this development at the White House Friday afternoon, amid a tumultuous day with the federal government shutdown affecting staffing at airports. Earlier Friday, his former campaign adviser and associate Roger Stone appeared in federal court. Mr. Trump is expected to meet with mayors and pastors later in the day.

CBS News chief Washington correspondent Major Garrett reports that Mr. Trump is expected to back a continuing resolution (CR) — which would fund the government at current levels — and reopen the government for a few weeks. The border security debate will continue while the resolution is in place, but the move is designed to take the stress off the system and assure that federal workers get paid.

For many Americans, the announcement comes a day late and a buck short.