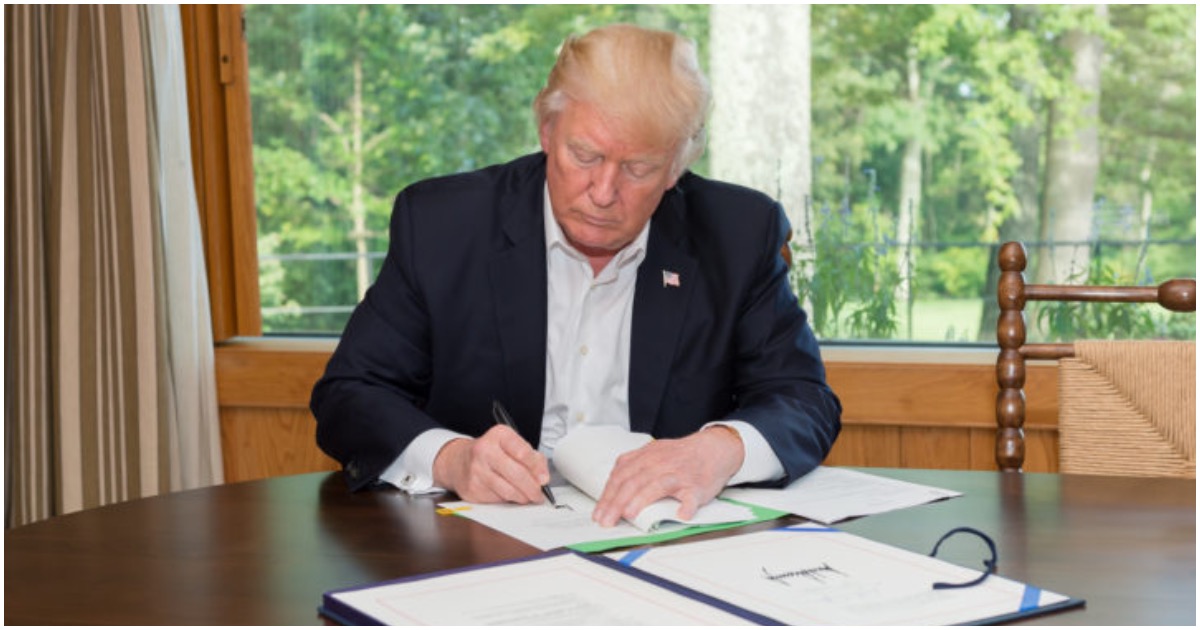 President Trump may not have much of a choice.

Declaring a national emergency at the southern border might be the only way he can push his agenda forward.

The White House is now preparing to draft the order, which identifies $7 billion for the wall.

The White House is preparing a draft proclamation for President Donald Trump to declare a national emergency along the southern border and has identified more than $7 billion in potential funds for his signature border wall should he go that route, according to internal documents reviewed by CNN.

Trump has not ruled out using his authority to declare a national emergency and direct the Defense Department to construct a border wall as Congress and the White House fight over a deal to end the government shutdown. But while Trump’s advisers remain divided on the issue, the White House has been moving forward with alternative plans that would bypass Congress.

A portion of the draft reads: “The massive amount of aliens who unlawfully enter the United States each day is a direct threat to the safety and security of our nation and constitutes a national emergency.”

All he has to do is hang on.

Because soon enough public opinion will sway in his favor.

Rush: “I’m just gonna tell you point-blank: Donald Trump can win this if he hangs on. It’s gonna be a few more weeks. It’s gonna be risky. But I actually, folks, really believe that if he hangs on and continues down this road, at some point there’s gonna be a shift in public opinion and the vast majority of the American people are gonna end up with him on this — if he hangs in there.”

Rush: “He’s got a good start. There’s all kinds of really good, long overdue things happening that we’ve wanted to happen. Like 95% of the EPA furloughed? A lot of nonessential government workers on furlough? This is exactly what we’ve wanted: The deemphasis of government, the shrinking of government, the illustration of the (pfft!) redundancy in the number of people and policies and so forth. The idea that people can function, that their lives can go on even in the midst of a partial government shutdown. If he can just hang on a few more weeks.”

After playing a clip from the media sounding the alarm over the partial government shutdown, which is now the longest in history, Limbaugh returned to his theme: Trump was elected to interrupt the government’s status quo — and that’s exactly what he’s doing.

Rush: “Trump was elected to interrupt. We have major disruption of all kinds of things that have not been good for the people of this country. It’s a really great start. It’s gonna be hard because this is the kind of stuff that’s gonna be in the media over and over and over and over again: People dying, people having to choose between insulin and their mortgage, people running out of food, people running out of gas. The horror stories are gonna intensify, they’re never gonna end, and largely most of them are gonna be exaggerated or made up.“

When we have hoards of potential enemies of our country trying to invade by crossing our border it should be identified as a “national emergency, and that wall and increased border guards are needed. Build that wall President Trump, real Americans are with you.