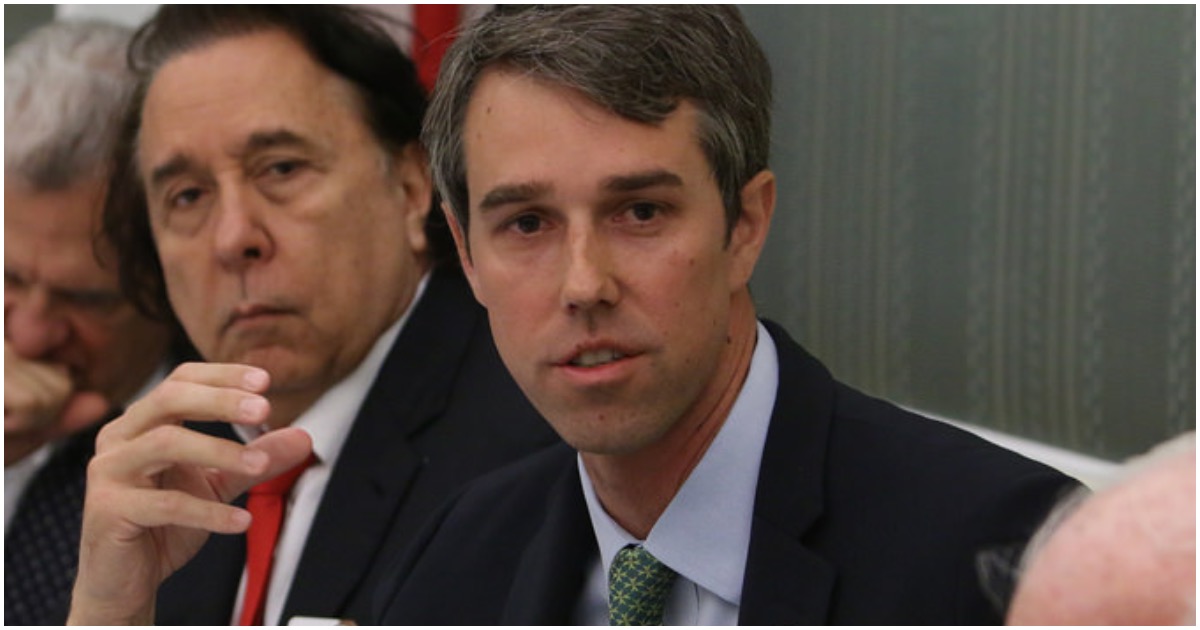 Failed Texas Senate candidate Robert “Beto” O’Rourke is a rockstar to many people.

At one point, he was actually in a couple of bands.

One was called was “Fragile Gang.” The other, “The Sheeps.”

You can’t make that stuff up.

“Our persona was that we were a very famous band from New Zealand and we didn’t want people to know our true identities—that’s why we wore masks,” Ailbhe Cormack, the band’s bassist, tells Mother Jones. “I think people followed along with the mystery of it, but they knew who we were.”

During a concert, O’Rourke appeared on stage in a sheep mask and a onesie.

The Sheeps had a short run. The band played three shows around El Paso between 2003 and 2004, “just for a lark,” according to Cormack. The group never toured. At its final show, in 2004, at a local club called the T-Lounge, band members wore brown paper bags over their heads—because some members had lost their sheep masks.

Throughout the two-hour interview — which was often interrupted by bystanders urging him to run for president — O’Rourke boomeranged between a bright-eyed hope that the United States will soon dramatically change its approach to a whole host of issues and a dismal suspicion that the country is now incapable of implementing sweeping change.

Fellow former Texas polittican Julian Castro is running for president in 2020, undoubtedly with a goal of undoing everything good Donald Trump has done since taking office.

Wouldn’t that be fun?

Does the guy honestly think he’d stand a chance?

"Somebody does need to challenge the President," from within the GOP in 2020, outgoing Republican Sen. @JeffFlake, who did not rule out running himself, tells Jim @Acosta. "[T]he country needs to be reminded what it means to be conservative… and what it means to be decent." pic.twitter.com/6zi0S8z6ig