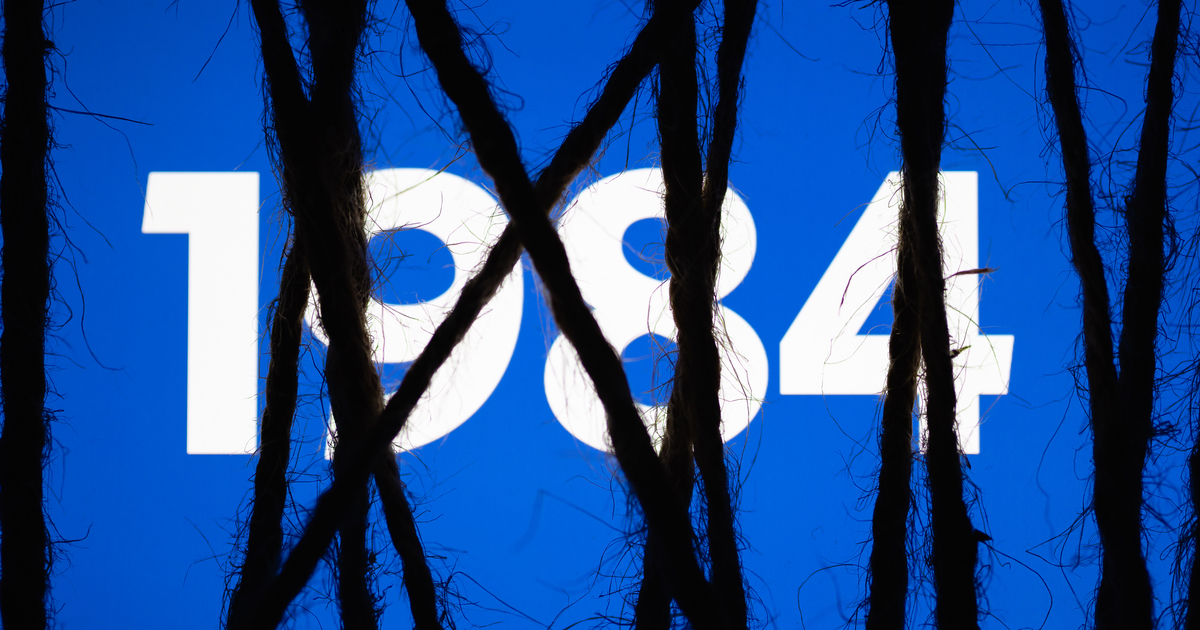 The recent surge in high technology, particularly as it pertains to our human interaction with it, has led to more than a few comparisons between our current state and a seminal work by author George Orwell.

The novel, 1984, paints a picture of a future dystopian society in which humans have nearly no privacy whatsoever, with antagonist “Big Brother” watching citizens’ every move.  This leads to the public being persecuted and prosecuted at a rate in which freedom itself can no longer survive.

Once a cautionary tale, many believe that much of Orwell’s fiction has come to life in America today.

Take, for example, the case of the awkwardly-smiling Kentucky teen who was judged by the nation after a single photograph emerged of his aforementioned, uncomfortable gesture.

It was terribly dangerous to let your thoughts wander when you were in any public place or within range of a telescreen. The smallest thing could give you away. A nervous tic, an unconscious look of anxiety, a habit of muttering to yourself — anything that carried with it the suggestion of abnormality, of having something to hide. In any case, to wear an improper expression on your face (incredulity when a victory was announced, for instance) was itself a punishable offense. There was even a word for it in Newspeak: facecrime, it was called.

Mulling over what Orwell got right and wrong will be the work of decades to come. The video screens he envisioned are indeed ubiquitous, but they’re in our pockets, not run by a central authority. Orwell got one purpose of incessant video monitoring right, though: to identify and punish those whose facial expressions don’t conform to the cultural orthodoxy.

The Covington Catholic High School boys, it is now obvious, were initially charged with facecrime. Regardless of everything else we know now about the Lincoln Memorial incident, they remain guilty of that. And also hatcrime, the newest hate crime. I initially thought the bizarre reluctance to let go of the original, false narrative was due to people’s stubbornness about admitting their first impression was incorrect. Now it’s becoming clearer that in the eyes of some, nothing could even partially excuse the Covington kids.

Now is the time which we must decide, as a nation, if this is the path we will choose.

The post George Orwell’s Spooky Prediction About ‘Facecrime’ and The MAGA Teens appeared first on Flag And Cross.