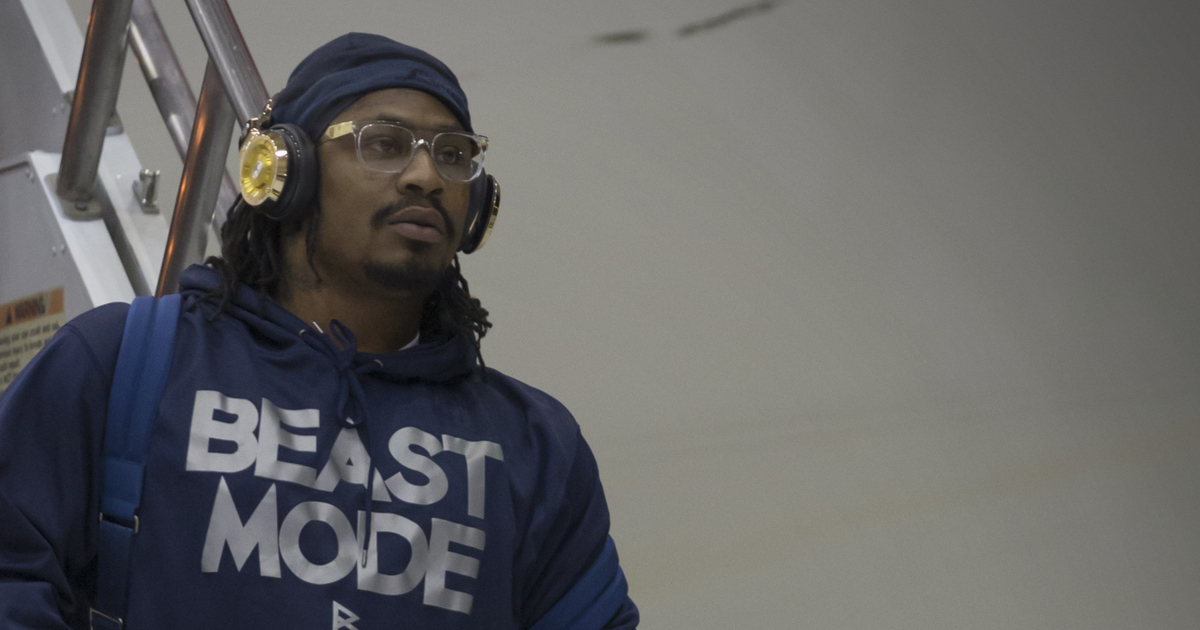 Oakland Raiders running back Marshawn Lynch who has spent three years, now, protesting against the U.S.A. despite being made a multi-millionaire, just called President Donald Trump a “mother***er” on television.

Lynch was one of the original anti-American protesters who took up former NFL player Colin Kaepernick’s assault on the U.S. during the playing of the national anthem at the start of every NFL games since 2016.

In fact, his protests have been even worse than Kaepernick’s because when the Raiders went to Mexico City to play an away game in 2017, Lynch refused to stand for the American anthem, but happily stood at attention for the Mexican national anthem!

Marshawn Lynch sits during the US national anthem, stands for Mexican anyhem pic.twitter.com/8wdaKprEki

In any case, Lynch was invited as a panelist for left-wing “comedian” Bill Maher’s HBO show, Real Time, and he had some choice words for Trump.

The conversation turned to President Trump who has taken Lynch to task for his protests during the national anthem. Lynch wasted no time digging into the president, according to The Hill.

“That motherfucker say a lot of shit,” Lynch scoffed.

The 2014 Super Bowl player then alluded to the president’s Twitter attack on Lynch’s lack of patriotism.

“But at the end of the day,” Lynch added, “you call me unpatriotic but you come to the neighborhood where I’m from, and you’ll see me take the shirt off my back and give it to someone in less need, what would you call that?”

Trump knocked Lynch in 2017 saying, “Marshawn Lynch of the NFL’s Oakland Raiders stands for the Mexican Anthem and sits down to boos for our National Anthem. Great disrespect!” Trump wrote. “Next time NFL should suspend him for remainder of season. Attendance and ratings way down.”

Marshawn Lynch of the NFL’s Oakland Raiders stands for the Mexican Anthem and sits down to boos for our National Anthem. Great disrespect! Next time NFL should suspend him for remainder of season. Attendance and ratings way down.

He also wore a t-shirt during the 2017 season that featured the slogan “Everybody vs Trump.”

Lynch continued his anthem protests into the 2018 season but he remained one of only a handful of players who did so.