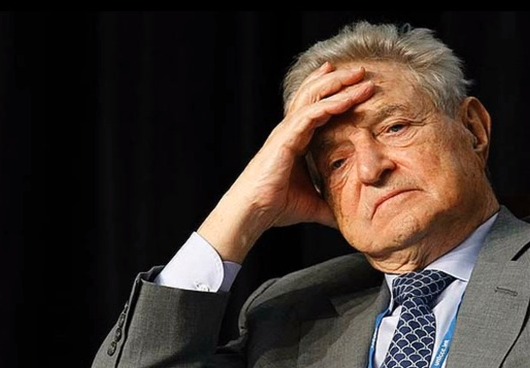 Everyone’s favorite globalist boogeyman has returned this week, this time to be exposed for his anti-Israeli financial warfare.

I’m speaking of course of George Soros, a liberal billionaire whose idea of a good time is consolidating the power of world leaders in order to more effectively grease the required palms to make himself more wealthy, and to push the left-wing globalist agenda in the meantime.

Soros, given his immense wealth and political aspirations, has been linked to nearly every pseudo-evil plot to take over the world that we’ve unearthed, and it looks as though he has no plans of stopping anytime soon.

Take the latest revelation regarding his support for an anti-Semitic organization hellbent on destroying Israel.

Financing tied to billionaire activist George Soros is a common yet largely under-reported theme among organizations that lead or support the anti-Semitic Boycott, Divestment and Sanctions (BDS) campaign attempting to delegitimize the Jewish state.

In January, Israel released a list of 20 BDS-supporting organizations whose members will be banned from entering Israel due to their BDS activism, prominently featuring six American groups. At least four of the six BDS-promoting U.S. groups receive funding tied to Soros. Scores of other U.S. organizations that support the BDS movement are financed by Soros.

The American Friends Service Committee (AFSC) is a central proponent of anti-Israel BDS activism on college campuses and in churches, boasting a mission that exclaims active support for “boycott and divestment campaigns that target companies complicit in the occupation.”

And here is where it gets juicy.

AFSC has been financed by Soros’s Open Society Foundations as well as the Soros-funded Tides Foundation.

Tides is a central funding hub that distributes donor funds to far-left organizations. Indeed, Tides is one of the nation’s biggest funders of progressive organizations.

AFSC helped lead the campaign demanding divestment from Hewlett Packard and Sodastream due to the companies’ Israel branches.

AFSC works hand in hand with Students for Justice in Palestine (SJP), which is notorious for its anti-Israel crusade on college campuses, where the group peddles the BDS movement. AFSC and SJP are both featured on Israel’s list of six banned U.S.-based BDS-promoting organizations.

Soros’ incredibly influence on the world of American politics cannot be ignored either, especially as a staunch supporter of Hillary Clinton during the 2016 presidential election.