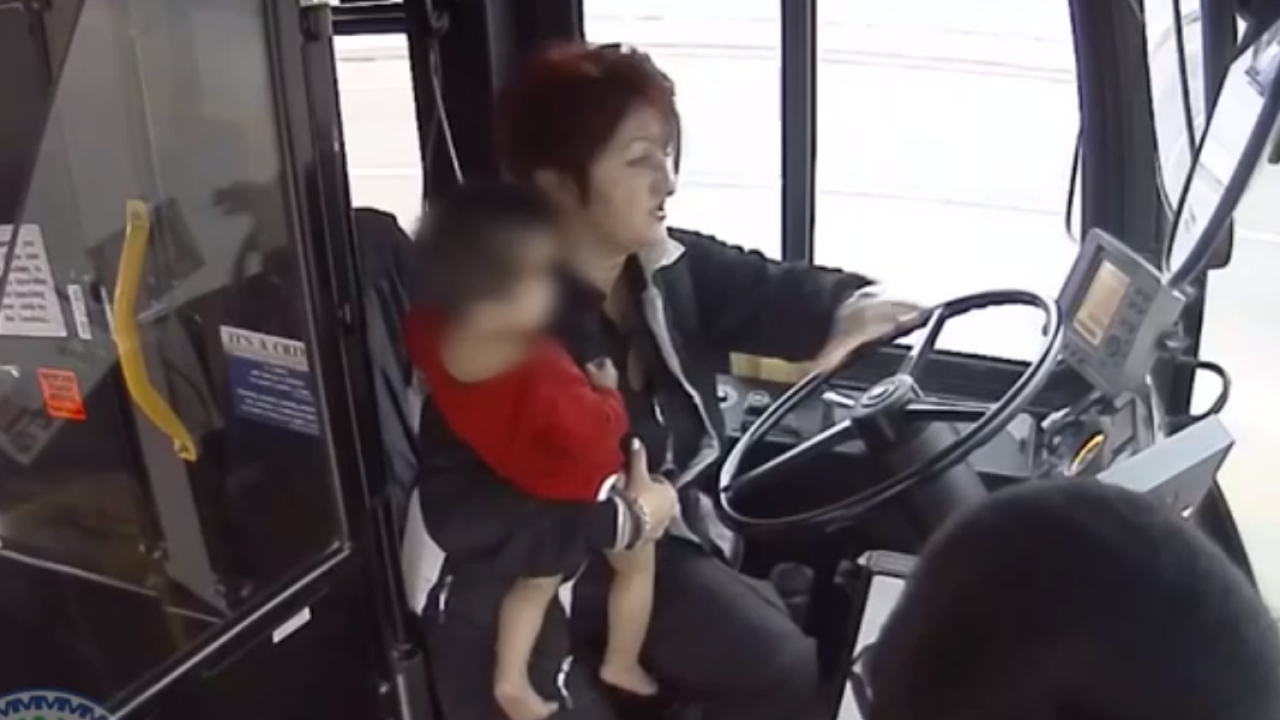 We all know Clark Kent, Bruce Wayne, and Tony Stark are fun myths for our entertainment, but once in a while a story comes along that makes you want to believe in superheroes.

She might not wear a cape or have her own theme song (yet), but Irena Ivic is a real-life superhero.

Originally from Serbia, Ivic came to the United States twelve years ago. She began her career as a city bus driver with the Milwaukee County Transit System just five years ago.

Ivic never could have predicted that her career choice would eventually land her in the right place at just the right time to do something absolutely incredible.

As Ivic proceeded with her morning route near the corner of 4th and Mitchell in Milwaukee, she couldn’t believe what she was seeing up ahead of her bus: a tiny baby was running around on an overpass wearing nothing but a onesie and a diaper in Milwaukee’s frigid winter weather.

“I couldn’t believe that somebody left the child on the street,” Ivic later recalled to Fox 6.

In a hair-raising scene that was captured on video, Ivic immediately parked her bus and ran out to the street to rescue the baby just before the little one steps into the street.

Watch: Milwaukee County Transit System officials talk about a bus driver's actions when she found a toddler wandering the streets on Milwaukee's south side. http://via.fox6now.com/2hqR4

Ivic brought the shivering little girl back onto the bus where a kindhearted passenger lent their coat to warm her up.

“Oh my God, I was so upset,” said Ivic. “Baby was so scared and cried.” However, when police arrived on the scene, they found the baby girl fast asleep, snuggling in Ivic’s arms.

Authorities were able to locate the girl’s father and reunite them. She was unharmed, and no charges were filed in this case.

Milwaukee police told FOX6 News no charges were filed in this case.

Not long after her stunning act of heroism, Milwaukee County Executive Chris Abele and MCTS officials honored Ivic with a small ceremony. Her actions, Abele said, represented “humanity at its best.”

“She did a lot more than her job. She did the right thing,” he added. “I don’t take that kind of compassion for granted.”

In this cold world, one can only imagine what could have happened if Ivic had not cared or simply hadn’t acted fast enough. People like her are everyday heroes.

The post Real-Life Hero Bus Driver Acts Quickly When She Sees Abandoned Baby on the Street appeared first on Flag And Cross.