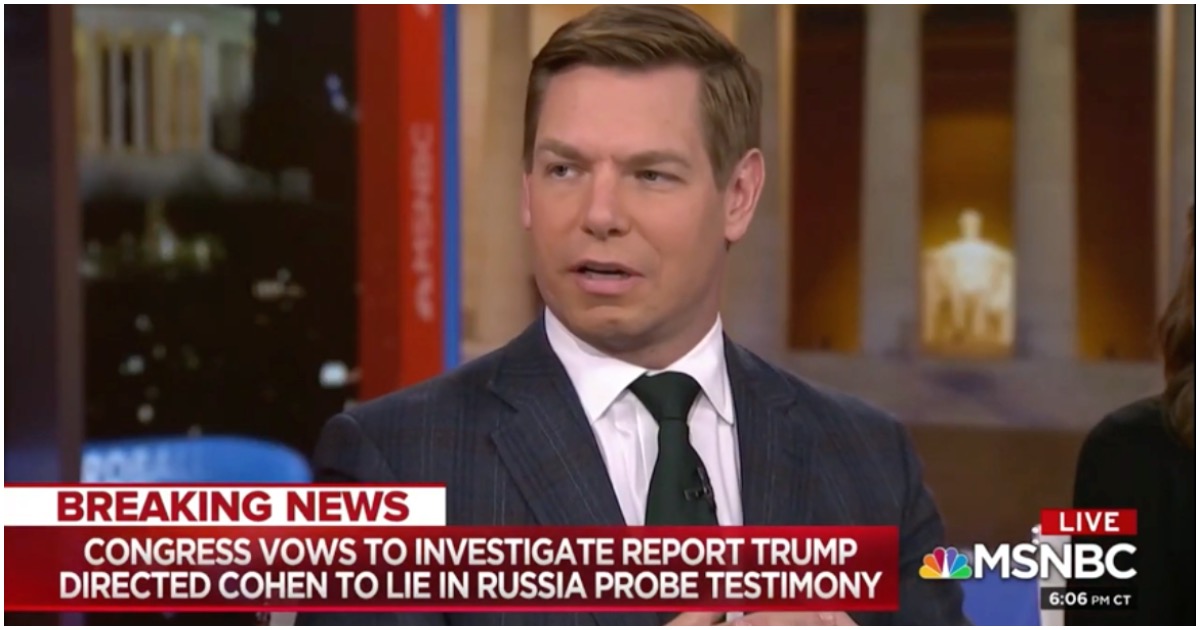 California Congressman Eric Swalwell might run for president in 2020.

The man somehow thinks he may have a chance. Either that or he’s looking for a lucrative book deal down the line.

Based on zero evidence, Eric thinks President Trump is a Russian agent.

These libs, I tell ya!

What the hell is this? Is this guy insane?

The 2020 Democrat presidential field is likely to be as crowded as the GOP’s in 2016.

Former Vice President Joe Biden. Former Attorney General Eric Holder, the only cabinet-level official to ever be held in contempt of Congress.

Add Rep. Eric Swalwell, D-Calif., to what is expected to be a crowded field lining up to run against President Donald Trump in 2020, according to Politico.

“He’s definitely running,” a source told Politico, because Rep. Swalwell has not officially announced his intentions to campaign for president.

Rep. Swalwell, 37, will reportedly be the first potential candidate to head to Iowa. He grew up in Iowa, the famed location of the Iowa Caucuses will kick off the primary season across the United States every four years.

How about ex-Colorado Governor John Hickenlooper?

“I’m the governor of Colorado and I’m gonna run for president,” Hickenlooper said during a stop in New Hampshire, where he’s campaigning for down-ballot Democrats.

65 million people voted for Hillary Clinton in 2016, and Texas Senate loser Beto O’Rourke just broke every single one of their hearts.

The post Dem Rep. Hits Rock Bottom: Trump Is ‘Working On Behalf of the Russians’ (WATCH) appeared first on Flag And Cross.