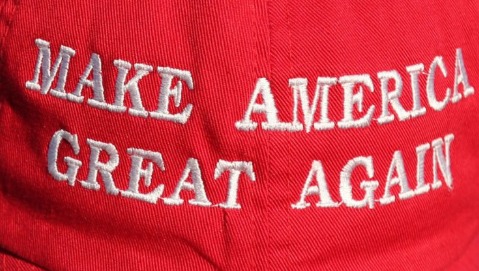 Of all the wild and crazy ideas that we’ve heard floated around the left side of American politics, there may be none currently zanier than the following.

After select portions of a hotly contested incident between a Native American protestor and a teenage boy went viral this weekend, one democratic Senator has decided that staunch, authoritarian fascism could be the solution to our nation’s tension.

I am calling for a total and complete shutdown of teenagers wearing MAGA hats until we can figure out what is going on. They seem to be poisoning young minds. [1/2] https://t.co/yq5bLd4kE2

Yarmuth’s tweet may not age well, however, as video evidence of the entire scene is slowly emerging via the internet.  The reality of the situation was far different than the selective images that the mainstream media have been using.

Not to mention the fact that the Native American man involved seems to find himself in these situations far more often than your average activist.

Here is a clip from 2015 in which he was similarly disparaged after he approached a group of college kids.

Now the boy’s mother is speaking out as well.

The mother of a boy filmed harassing a Native American man along with his friends at a rally in Washington DC has blamed “black Muslims” for the confrontation, without providing any evidence for the claim.

The teenager was among a group of students wearing Make America Great Again (Maga) hats who were criticised for taunting the musician Nathan Phillips, surrounding him and jeering and chanting “build the wall, build the wall”.

But his mother claimed “black Muslims” had been harassing the group of Donald Trump supporters from the private, all-male Covington Catholic High School in Kentucky.

As with anything involving a heavy push by the mainstream media, we should exercise caution and do our own research in order to verify the facts of the matter.