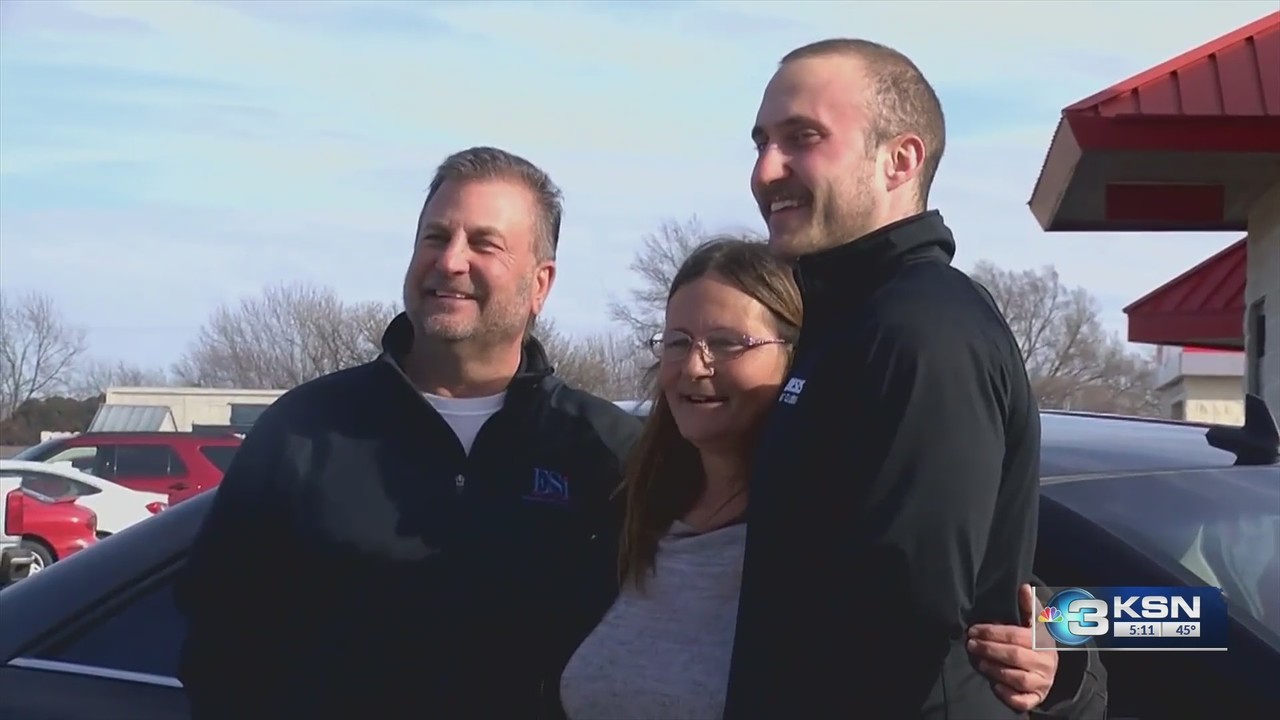 Over the last few decades, as fast food joints seem to replace small mom and pop shops nationwide, we often find ourselves lamenting that community and human connection have gone the way of small businesses.

This is, of course, very true in many ways, but that doesn’t mean that the people behind the counter at franchizes belonging to multinational corporations aren’t human and we can’t develop friendships and strong connections with those who serve us our egg McMuffins and coffee in the morning.

But the way he decided to bless her will blow your mind.

Fox News has the story:

[Anderson’s] vehicle — a 1994 Oldsmobile Cutlass Sierra — broke down a few months ago, and Anderson was informed it would cost $500 to repair. The price was more than the car was reportedly worth, according to [The Witchita Eagle]

It just so happened that Ellis’ son, Josh, was selling his 2009 Pontiac GS.

“Fate looked me in the eye when she told me that story,” Ellis told The Wichita Eagle. “I couldn’t stop thinking about it. . . . I said, ‘I have to do something.’”

Ellis decided to purchase the car from Josh so he could gift it to Anderson.

Ellis, who also had the car cleaned and its oil changed and tires rotated, drove the vehicle to Hutchinson Wednesday with his son to surprise the Golden Arches worker.

When they arrived, the two asked Anderson to come out to the parking lot, where they surprised her with the car.

“I didn’t know what to think,” she said of her reaction.

Check out her emotional reaction. Can you imagine getting a gift like this?

The post WATCH: You Won’t Believe The Way This McDonald’s Customer Just Blessed His Favorite Drive-Through Server appeared first on Flag And Cross.