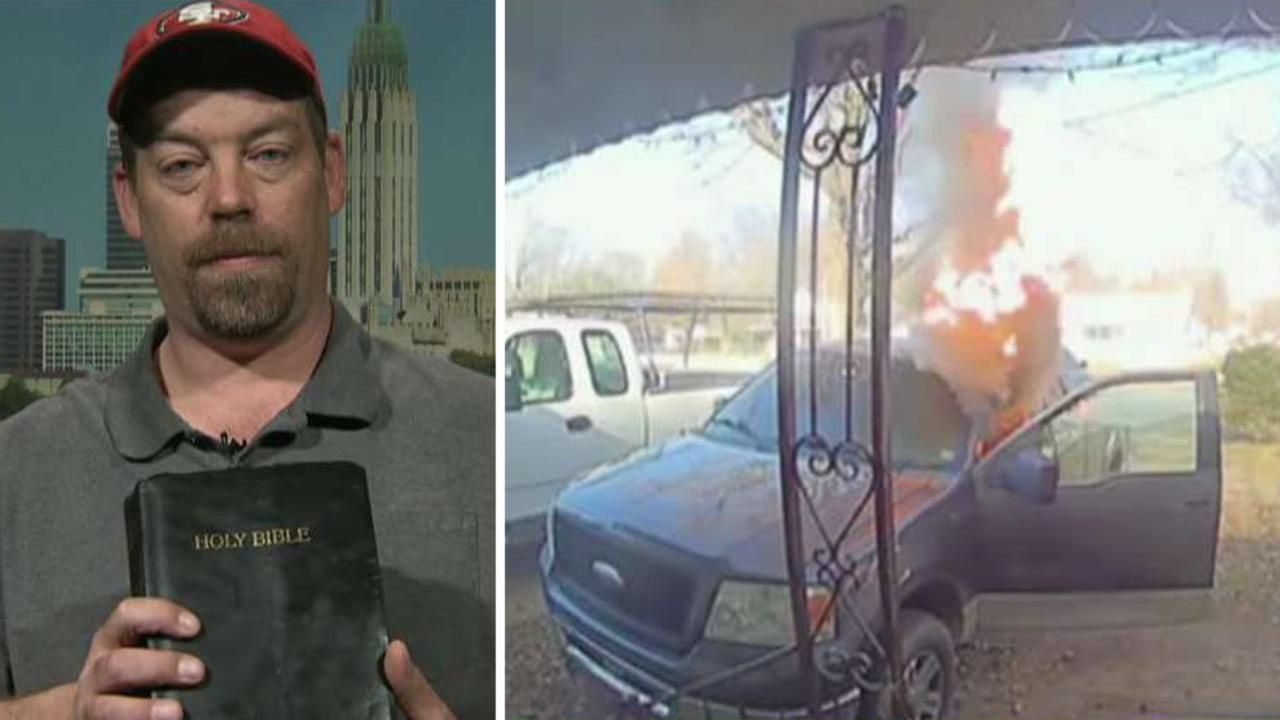 Even in our worst circumstances, God has an incredible way of showing up and making himself, and his care for us, known.

This is just what happened to Steven Gaut, an Oklahoma man who could very easily have lost everything had God not clearly had his hand on the situation.

As a single dad to five precious children, life certainly isn’t easy on Gaut, but he gets by and he praises Jesus for what he has.

Just two weeks before Christmas, Gaut says he went to a local grocery store for dog food while his dad stayed at home with the kids. After returning home from the errand, Gaut took a few moments while the kids were occupied to stash away Christmas presents in the garage.

It’s then that Gaut said he heard a car horn blasting just moments before his oldest son burst into the garage with the urgent message that his truck, his only means of transportation for work, was on fire.

Gaut rushed out to the driveway to discover that his truck, parked just a couple of feet from the family’s home, was completely engulfed in flames. He immediately phoned for help and the Vinita Fire Department arrived within minutes to battle the blaze.

According to Gaut, the fire department surmised that the most likely cause of the fire was a fellow shopper at the grocery store carelessly tossing a cigarette into the truck.

“God sent! If the horn never went off the whole truck and the house would be gone,” Gaut said in a Facebook post sharing security footage of the inferno. “Thank you Jesus…”

Although it most likely wasn’t the first thing on his mind as he stood watching his truck be destroyed, a small, unlikely miracle reminded Gaut that God was still in control: his Bible was totally unharmed by the raging fire.

The case that contained Gaut’s Bible was utterly destroyed by the fire, but the Bible itself was totally unharmed.

“Heal our broken hearts and the fear that is in the kids’ eyes,” Gaut said in another Facebook post, noting that his family has been deeply shaken up by this close call. “Please help us find an eight-passenger car as soon as possible. Thank you for making sure that we were safe, and saving my Bible. Love you forever, in Jesus’s name, Amen.”

When we have eyes to see even God’s smallest miracles in our lives and we focus on him and what he’s done, our fears just melt away.

The post This Man’s Truck Went Up In Flames, But What Happened Next Has Him Praising God appeared first on Flag And Cross.