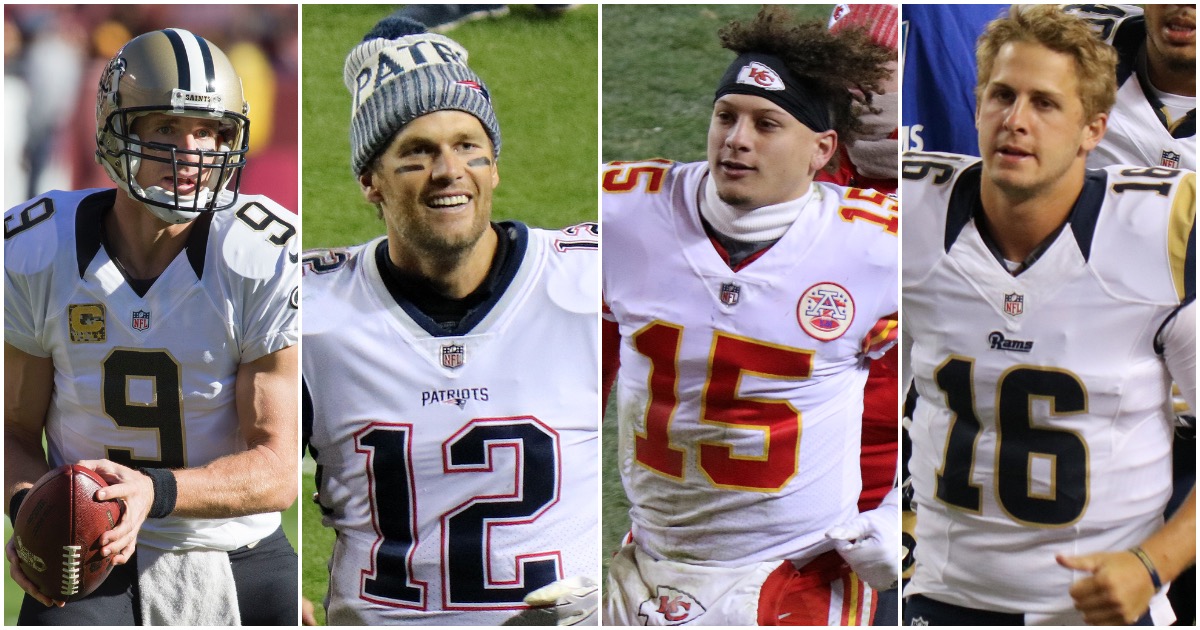 America is in the midst of the longest shutdown in her history.

How will Republicans and Democrats get the country out of such a mess?

How about by canceling the most watched sporting event in the country?

Democrats are floating canceling the Super Bowl in order to push to end what is now the longest government shutdown in history, according to a report quoting several Democrat lawmakers.

Fox News reports a Democrat lawmaker confirmed that during a meeting of the House Democrat Conference–of which Speaker Nancy Pelosi is the leader–on Thursday morning, discussion of the shutdown’s effects on the Super Bowl caused a ruckus.

While nobody in President Donald Trump’s administration–which oversees the collection of government agencies that come together to handle travel, logistics, security, and more for major events like the Super Bowl–is suggesting that the Super Bowl be canceled like Democrats on Capitol Hill are floating, there is definitely concern about the shutdown’s impact on this year’s big game.

The problem here is that federal workers overseeing security at the big game won’t be getting paid.

Every Super Bowl is a security nightmare, as one could imagine. It takes a coordinated effort at the local, state, and federal levels to make sure everything goes off without any problems.

What’s more is that the FCC will be affected by the shutdown, meaning…

Companies spend millions of dollars on ads at the Super Bowl, in the hope that the event’s vast audience will buy their new products and services.

But the U.S. government shutdown may have an impact on product launches, because part of the Federal Communications Commission (FCC) website is offline and companies therefore can’t currently get new services approved and ready to advertise during the big game on February 3.

Except for leadership positions, every member of Congress earns $174,000 taxpayer dollars annually.

Of course that’s way too much, but that’s a story for another day.

Freshman Republican Congressman Dan Crenshaw, the Navy SEAL whose war wounds were made fun of by “Saturday Night Live,” just made a widely-praised announcement about his salary during the government shutdown.

Freshly sworn-in Republican Rep. Dan Crenshaw is not just talking the talk, but walking the walk. The popular Texas congressman announced Thursday that he will not be taking a paycheck until the security at the southern border is properly funded and the government shutdown ends.

“I cannot in good conscience get paid while federal employees’ financial futures hang in the balance because of this partial government shutdown. I’ve asked the Chief Administrative Officer to withhold my pay until we have come to an agreement to adequately fund border security.”

I cannot in good conscience get paid while federal employees’ financial futures hang in the balance because of this partial government shutdown. I’ve asked the Chief Administrative Officer to withhold my pay until we have come to an agreement to adequately fund border security. pic.twitter.com/2g37vAAtx2

Socialist Congresswoman Alexandria Ocasio-Cortez (D-NY) called for members of Congress to not accept their pay during a shutdown, but she has yet to make an announcement similar to Crenshaw’s…

Next time we have a gov shutdown, Congressional salaries should be furloughed as well.

It’s completely unacceptable that members of Congress can force a government shutdown on partisan lines & then have Congressional salaries exempt from that decision.

Since then, Davidson has been to rehab for drugs and admitted to having mental health issues.

Pete was engaged to singer Ariana “I hate America” Grande, but the two have since parted ways.

Dan Crenshaw was nearly blinded in 2012 when he was hit by an IED blast in Afghanistan's Helmand province, where he was on his third deployment. He lost his right eye in the blast, and his left eye was badly damaged.

Shame on you, @nbcsnl, this is disgusting! pic.twitter.com/VQnhXMa6iT

Good rule in life: I try hard not to offend; I try harder not to be offended. That being said, I hope @nbcsnl recognizes that vets don’t deserve to see their wounds used as punchlines for bad jokes.

Here’s @DanCrenshawTX ‘s unofficial response to you jackasses mocking him for losing an eye fighting the Taliban on his 4th tour of duty as a Navy SEAL in Afghanistan.

This pretty much sums it up

Just wanted to thank @DanCrenshawTX for his service to our country, and remind our friends in the great state of #Texas what a true American he is.

I interviewed @DanCrenshawTX for a piece on vets running. I enjoyed our conversation — and as an American I am incredibly grateful for his service and his sacrifice. Our country is better off with more people like him in Congress, party aside.

Dan Crenshaw served 10 years as a Navy SEAL. He received two Bronze Stars, a Purple Heart, and the Navy Commendation Medal with Valor.

SNL may have just lost the remaining conservative viewers they might’ve still had.

On the other hand, Davidson is a comedian. His job is to tell jokes and not be politically correct, as Crenshaw implied.

Before departing to Texas on Thursday, President Trump spoke with the press outside of the White House.

He revealed what will happen if Republicans cave to Democrats on the border wall.

Trump: “I have the absolute right to declare a national emergency … I’m not prepared to do that yet, but if I have to, I will.”

“If this doesn’t work out, probably I will do it. I would almost say definitely.”

"I have the absolute right to declare a national emergency … I'm not prepared to do that yet, but if I have to, I will," President Trump says.

"If this doesn't work out, probably I will do it. I would almost say definitely," he adds https://t.co/viHiOPCJel pic.twitter.com/0hK4YTOQix