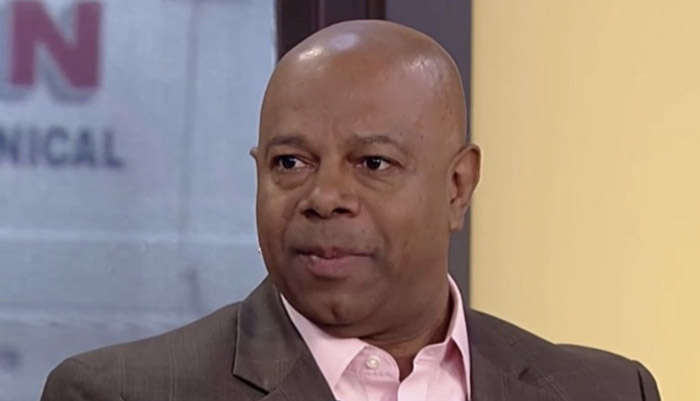 This is how biased CNN really is… a CNN analyst recently attacked Fox News commentator David Webb for having “white privilege.” But then she found out one actual fact: Webb is a black man.

Yeah, let’s not let facts get in the way of our left-wing bias, huh?

She accused Webb of “white privilege” during a radio bit on Webb’s Sirius XM radio program.

Right after she made the accusation, Webb had a tiny bit of news for her, Fox News reported.

“Areva, I hate to break it to you, but you should’ve been better prepped. I’m black,” Webb said.

The accusation came during a discussion of  jobs qualificiations.

“I’ve chosen to cross different parts of the media world, done the work so that I’m qualified to be in each one. I never considered my color the issue, I considered my qualifications the issue,” Webb said.

Then Martin blurted out her idiocy:

A dumbfounded Webb asked, “How do I have the privilege of white privilege?”

Martin responded, “David, by virtue of being a white male you have white privilege.”

Yeah… this is David Webb:

Look at all that white privilege!

The result was quite embarrassing:

Webb scolded Martin for running with an “assumption” and she then blamed her team for providing inaccurate information.

“It is and I apologize,” Martin replied. “I was given wrong information.”

First she goes into rote name calling, then she throws her staff under the buss for her lack of knowledge. Nice.

But this was not just an “accident” for Martin. It was evidence of how these leftists think.

They don’t need evidence or facts. She knew Webb was on Fox News, she assumes no blacks are allowed on Fox News, then she assumes all white me have life knocked because of their mythical “white privilege.” Look at all the baldfaced assumptions there!

Their bias rules their uninformed, hate-filled, left-wingery. And this is what underlies every move made by every corrupt employee of CNN.

Webb later went on Fox News to talk of the amazing exchange.

“There is no such thing as white privilege,” Webb said Wednesday morning on Fox & Friends.

Webb then said there is a serious conversation that should be taken from Martin’s gaffe.

Webb said he invited Martin back on his Sirius XM program to have a longer conversation about white privilege before pointing out that things would be different if this happened to a liberal.

“It would be, calls for firing, they would be pressuring advertisers. The machine on the left would have gone into full-blown action,” Webb said. “They would have demanded that I be thrown off Fox.”